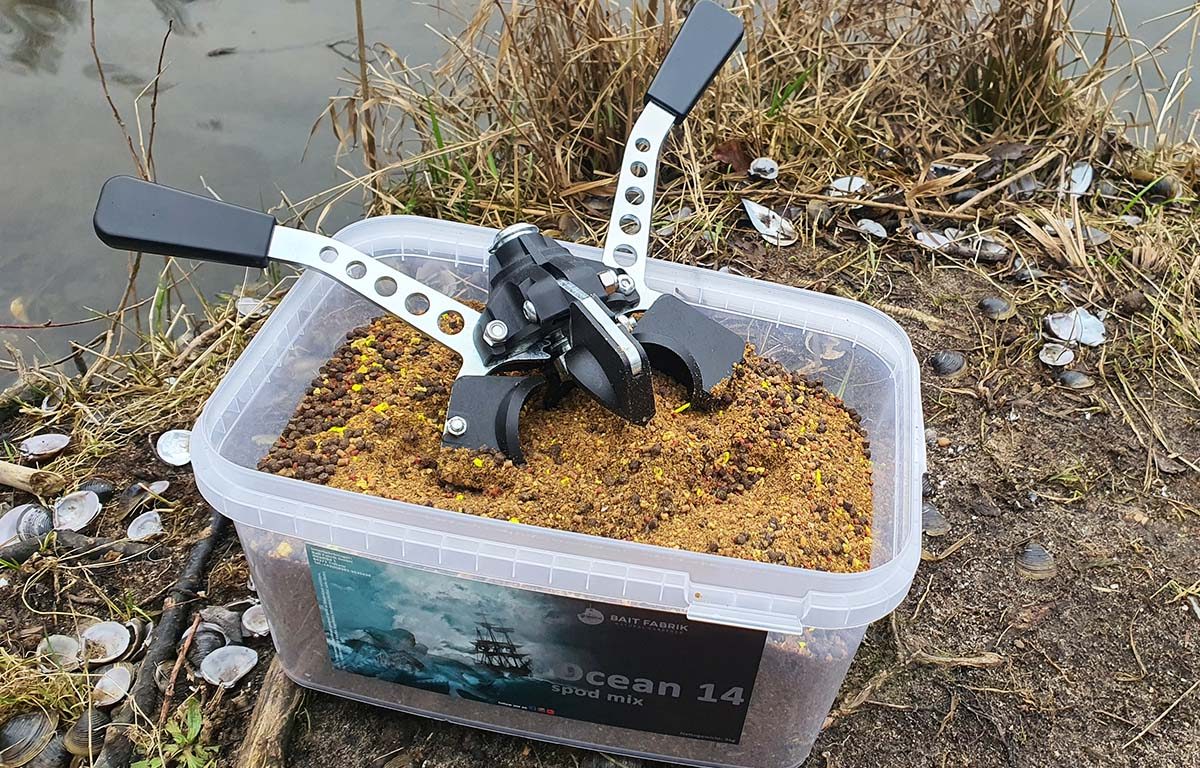 The high lure effect of Groundbait can play a decisive role, especially in short sessions. The soft feed, which immediately begins with the release of attractive substances on the bottom of the lake bed, is very popular with carp. However, it becomes annoying if you have to form the groundbait into balls in advance, it’s laborious work, time that is not always available, especially with short sessions. The Ball Maker from Wolf International is intended to remedy this situation and quickly and easily form balls of groundbait. We’ve been using it for the past few weeks.

In order to be able to use the Ball Maker, no assembly work is necessary. The only thing that needs to be mounted are the jaws, which are fixed by means of a nut. This is done within a very short time. The rest is already pre-assembled, so that you can start directly with the moulding of the balls of groundbait. 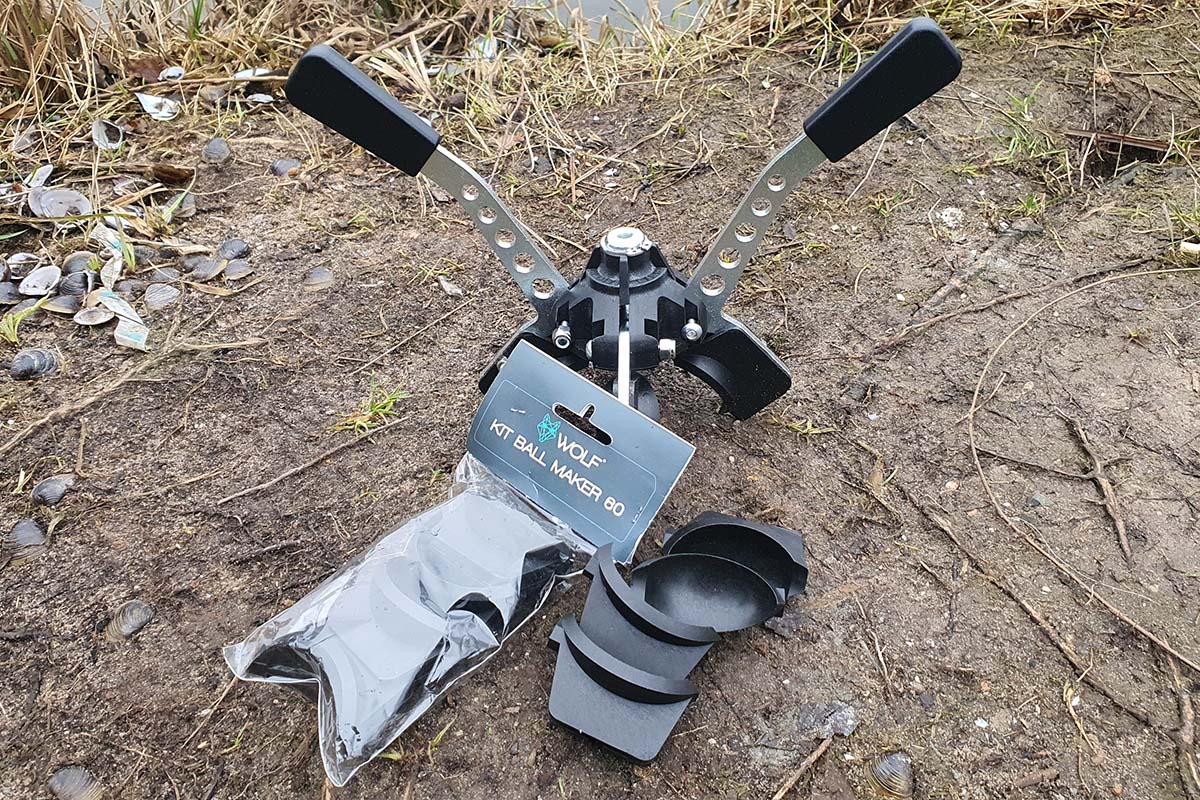 Inside is a gear principle that makes the pressing of the Ball Maker child’s play. For this purpose, only the two levers have to be pressed down and the press the jaws closed. Then you get perfect groundbait balls, which always have the same size and weight. So you can quickly and easily make a large number of balls of groundbait. Especially when it comes to blow by blow, you have a sufficient supply to always be able to feed something. 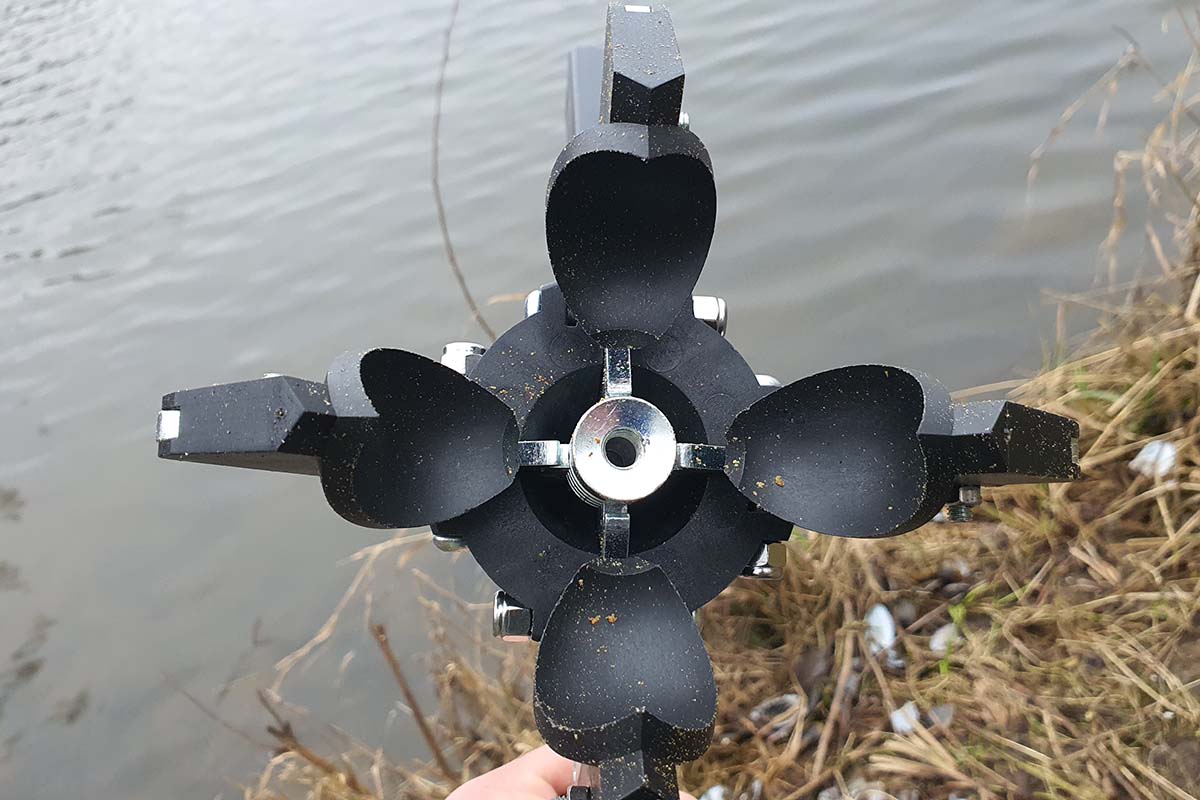 To ensure the longevity of the Ball Maker, it is made of metal, so a breaking of the moving parts is virtually impossible. The only thing made of plastic are the jaws and the middle block on which the arms of the jaws and the levers are mounted. However, these are also very stable and are very robust. 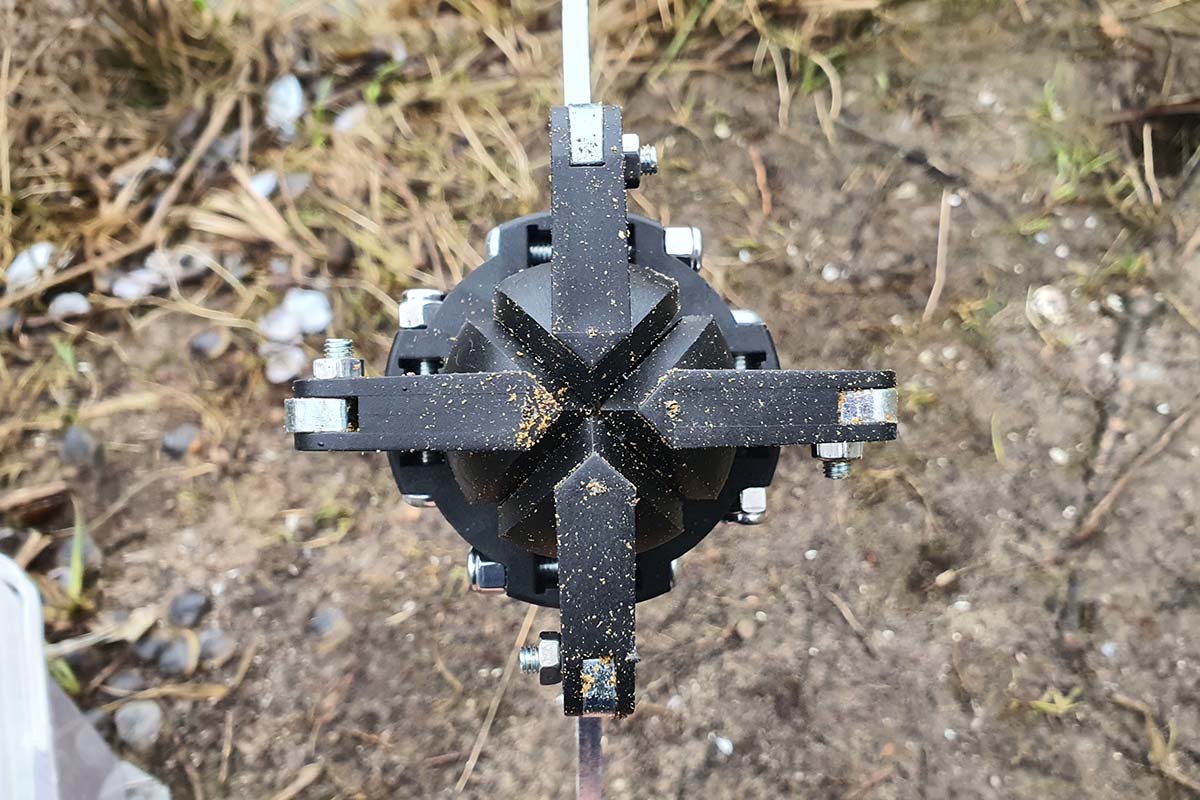 With the Ball Maker, groundbait balls with a diameter of 45mm and 60mm can be produced – depending on how much groundbait is to be distributed on the lake bed.

Alternatively, it is also possible to produce the balls in an egg shape for the Method System. For this purpose, there are other jaws that do not make round, but method-shaped balls. For this, there is the Method Feeder System which is screwed in the middle of the Ball Maker and inserted into the method mix. 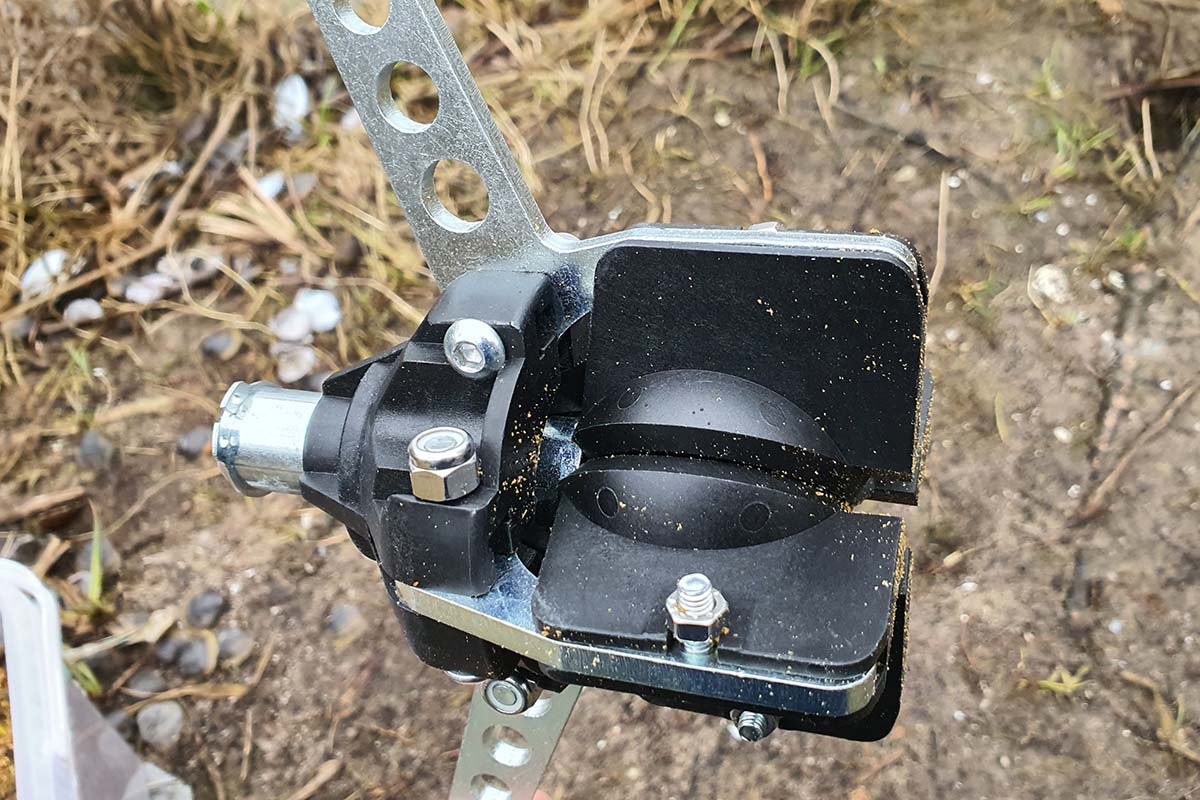 With the Ball Maker, your method balls will be very compact and stable. This gives you the opportunity to feed at even greater distances. Here, the Fly Ball Sling from Wolf is used, with which the method balls can be catapulted onto the spot. It is made of strong nylon and is therefore very durable. The shock leader is attached to the Fly Ball and is ideal for throwing method balls up to 60 mm in diameter. After release, the Fly Ball Sling can be caught immediately – without touching the water surface. So you can “reload” very quickly and spread a large amount of food in a short time. 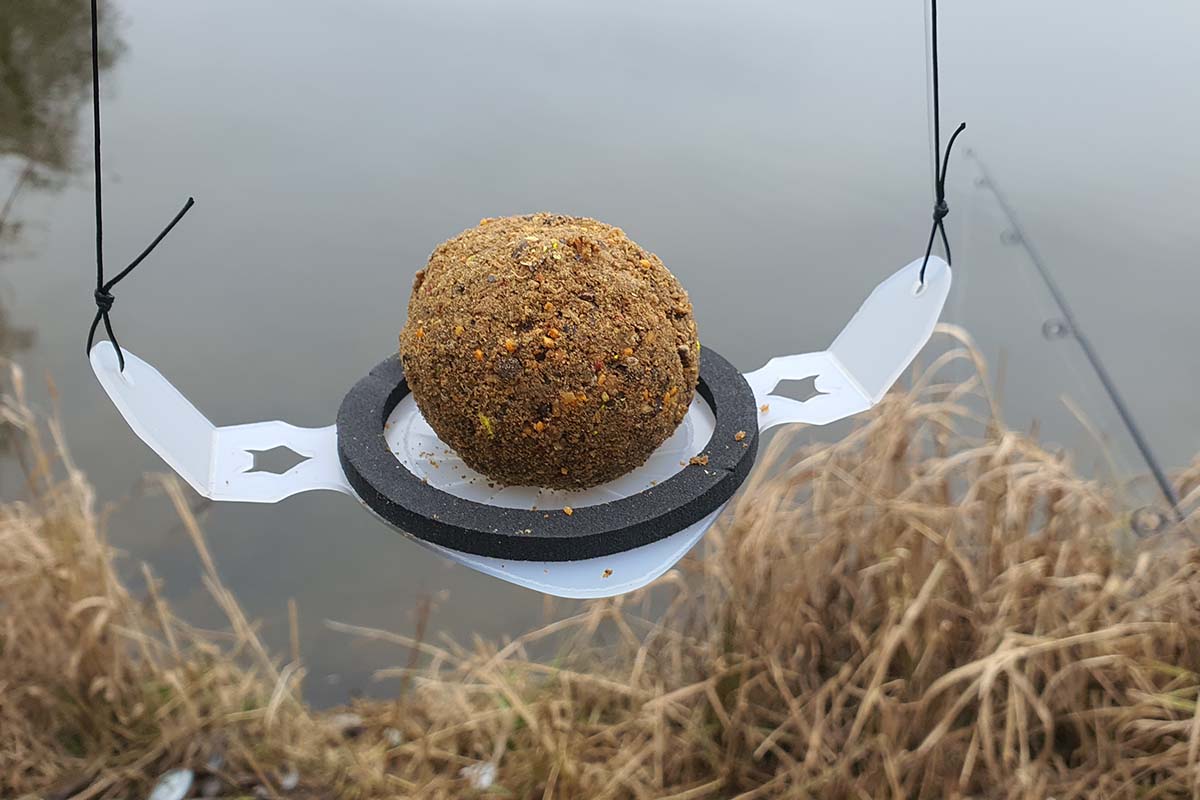 Spod Mix from the Bait Factory – our used Groundbait

As a groundbait, we used the Spod Mix Ocean14 from Bait Fabrik. The Ocean14 convinces – as the name suggests – with 14 different ingredients, on a predominantly fishy basis. Some ingredients are revealed, including pellets of 1.0 – 4.0 mm, various fishmeal, Crayfish Meal and as an optical contrast particles in Fluoro Yellow. Added to other ingredients, this results in a highly attractive mix. 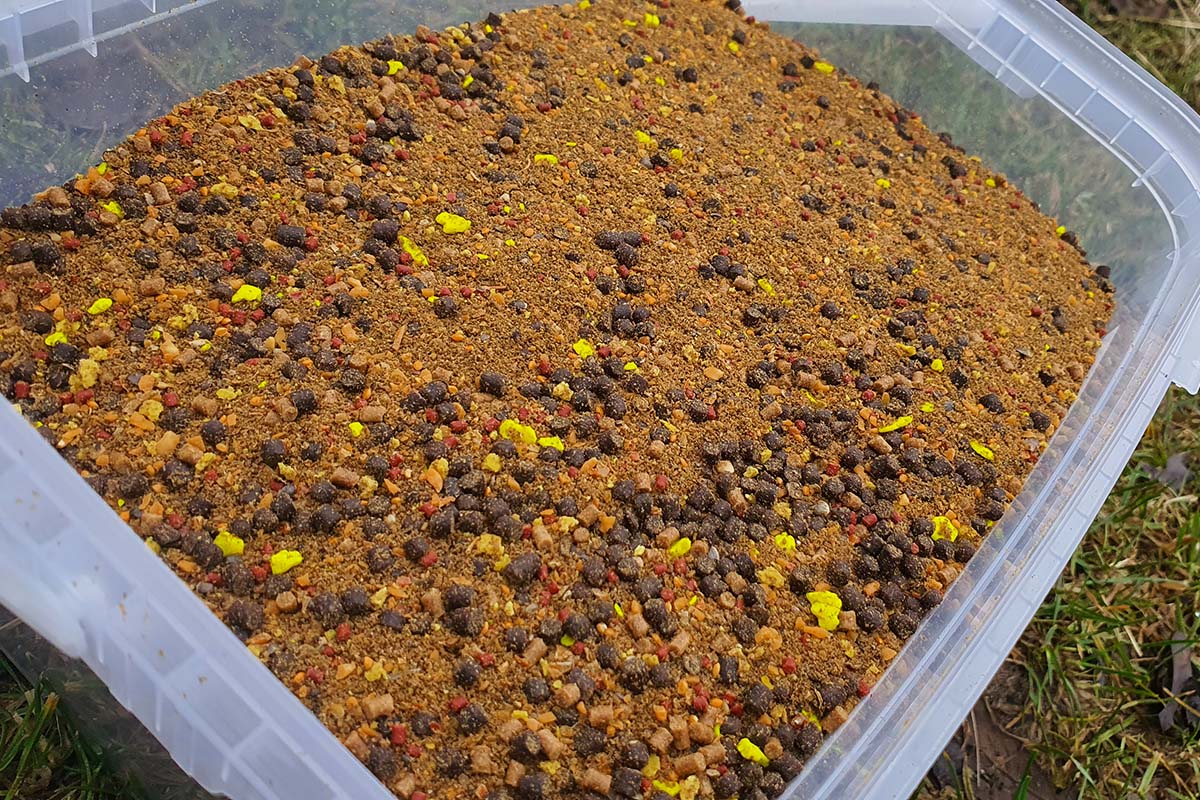 As soon as the mix bounces on the water, the lure effect begins, because the solid components sink to the bottom, which the fish rummage through during the search for food. The other components are distributed over the entire water column. This creates a cloud under water, which makes the carp interested. 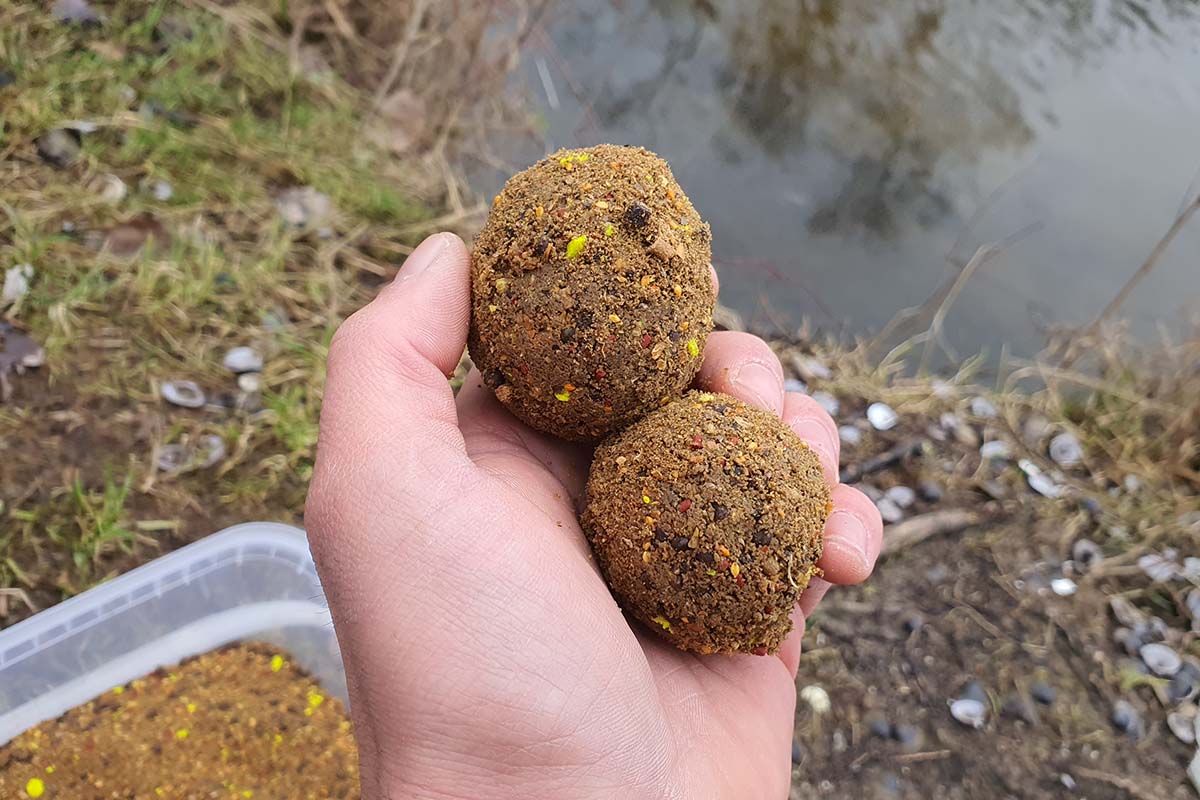 The Ocean14 is delivered in a resealable bucket. So this can be closed again and again, if not everything is consumed directly. As a result, it is also well protected from moisture and small rodents on the water. When the mix is used up, you can also easily re-use the bucket and it does not have to end up in the garbage.

As night time falls the Icon range really comes in

What a stunner for @all_rounder_fishing_emmett we

As the autumnal colours start to creep in this stu

@carpfishingtim back with another late night bange