Struggling for a bite.

Struggling for a bite.

Hi all, welcome to this month’s blog. Since my return from France just over a month ago, I have struggled to get out on the bank, managing just two single nights. Work, family life and my work with Wolf and articles such as this have just kept me so busy. I think though, it’s not a bad thing sometimes to take a bit of time out from fishing and catch up with other things. As I have fished through last Winter, the Spring and Summer, it’s been a long season. One of the things I see many times is anglers getting fed up by mid-Summer, either disillusioned by not catching or just struggling to maintain consistency of the balance of fishing and their lives.
Best to take a bit of time out sometimes and then get back keen as ever heh? The carp will be there another day. 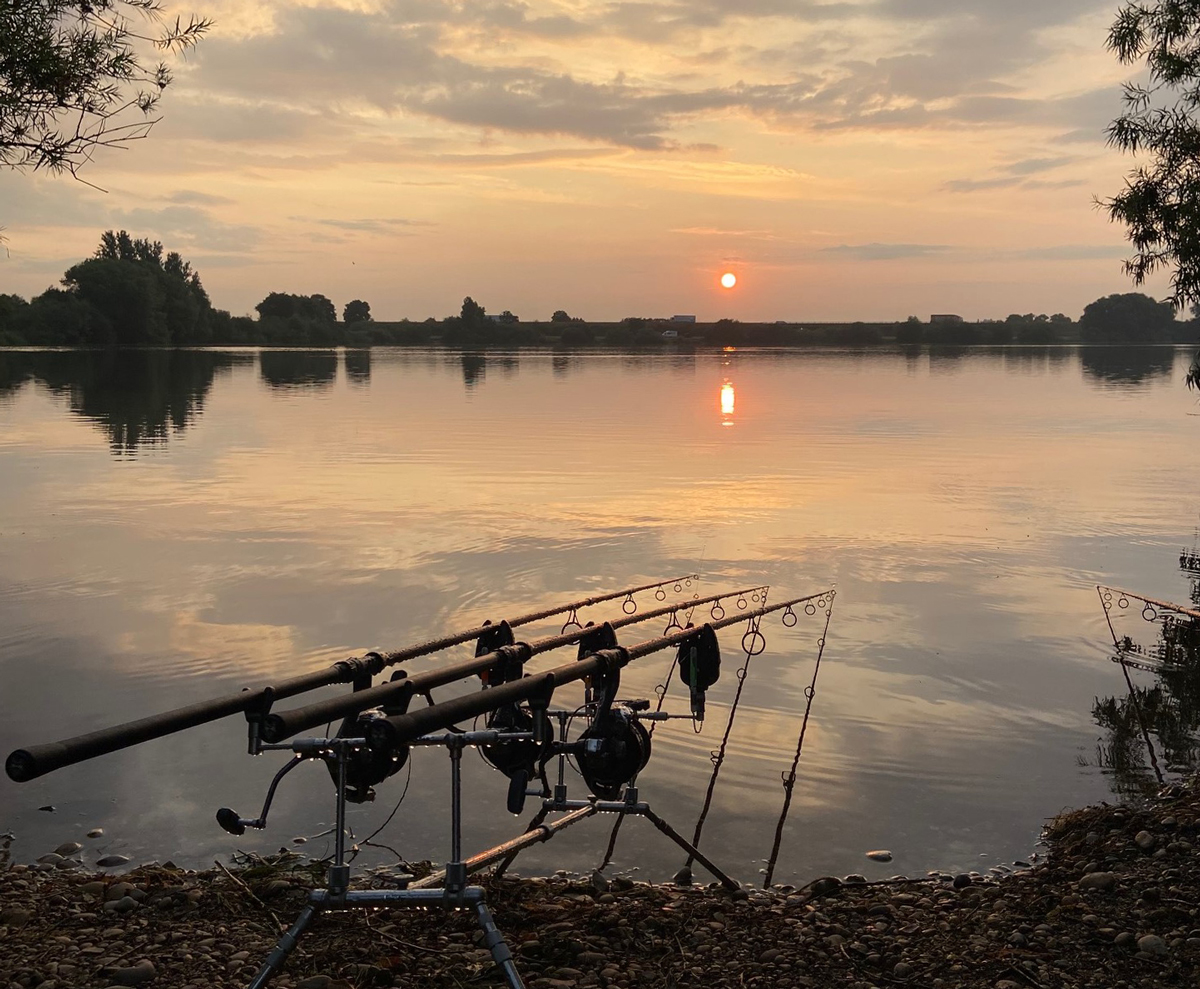 My first trip to the A1 Pits after our French trip was only for one night and I was struggling even then to make the time. I arrived at the lake early morning, so I could spend some time looking around, as I had only the one night, I need to be sure I was getting in the right swim. The lakes continue to be busy (as most are!), and I couldn’t find anywhere I fancied on the big pit, which was a shame as there are areas I know on here, that will produce carp at this time of the year, it’s surprising how many times year after year the carp are in the same areas on a lake, what’s more they are very catchable as well. So, with 6 being busy I had a look round on Pit 5, again I was struggling to find somewhere I fancied. I eventually opted for the split bank between lakes 4 and 5, which is where I had a recent good haul of carp from, though they weren’t showing I sort of fancied it for a bite. The weather was warm and sunny but heavy rain and a storm were forecast. I got the rods out, knowing where to cast to, opting for one rod on a 9ft Zig, one with a solid bag of N-Blend pellets and Wafter hookbait, and one on a stiff hinge rig on top of the bar in front of me. Once the rods are out I tend to just watch for a while to see what is happening, I was sorting some bits out, when Fenton from DT Baits called to see me as he was in the area visiting shops. 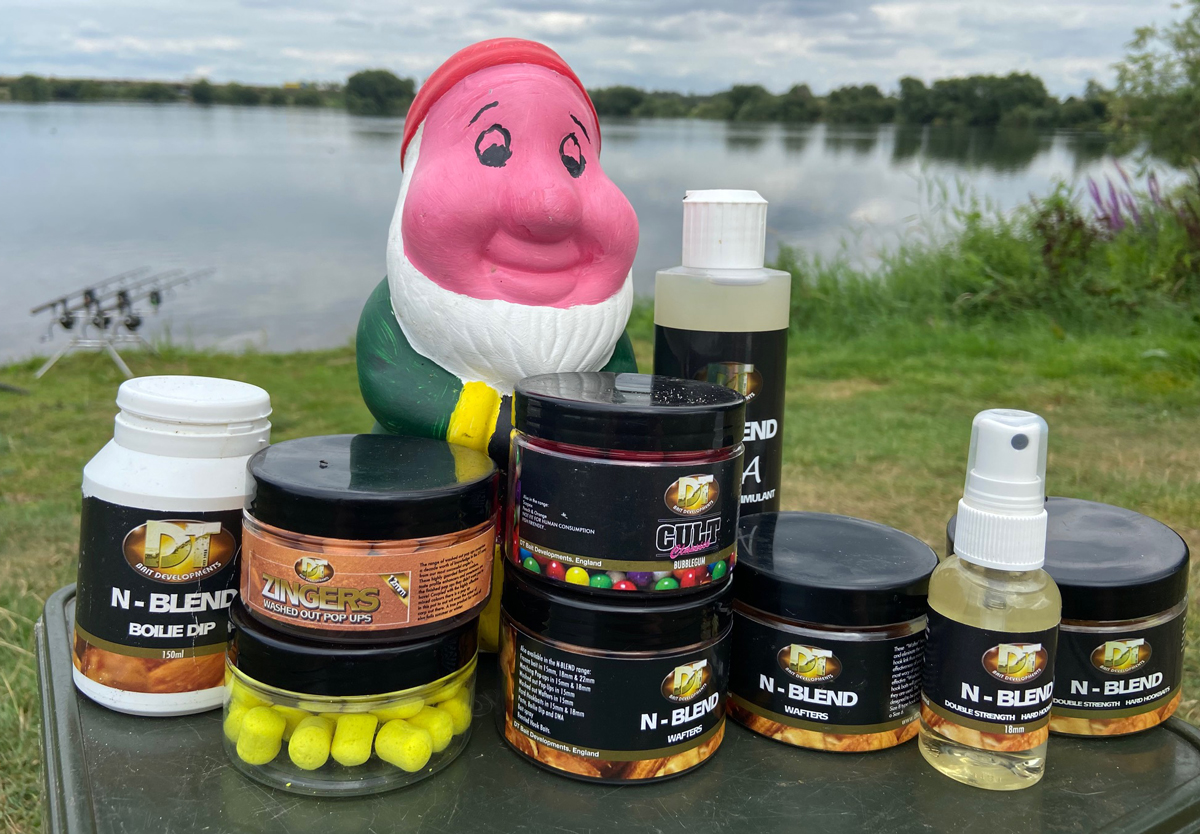 We were having a chat about a few different things, and looking at some new hookbaits due from DT shortly, when Dale the Bailiff called round for a chat. He told me that a couple of swims on 6 were coming due, it only took a split second to make the decision to move as that area was definitely holding carp as I have said, though they were at range. Fenton helped me quickly pack the gear away and we were off, that’s the great thing about fishing out of my T6, minimal packing is needed, as it’s my mobile bivvy. By the time I got round there one swim had been taken, so I opted for the in-between swim, this is quite a good spot, as I can get directly onto the bar that runs along from here down the lake. I opted to fish 3 rods fanned out at the hundred-yard mark, 1 one on the bar and one down the side, with a light scattering of N-Blend boilies and Sweetcorn spodded across both rods, which had been glugged in the DNA liquid. The third rod was fishing a Zig along the same line. Sometimes the carp are coming down the bar and sometimes the carp are coming across it. As its relatively easy to fish at the hundred yard mark with the X1K 13ft rods, I always spend a lot of time watching for signs and could move the rods if needed. Whilst there were a few carp mooching around under the surface at range I could see they weren’t really looking like they were going to come in. The day passed without any action, the two anglers in the swim next to me who were a father and son were watching me cast out and commented on the ease I fished at range with the rods and the X-Spod, I spent a bit of time showing them my set-up and talking through the key points for fishing at range, once the young fella had a few casts of my rods he got it, no doubt his Dad was going to be taking a trip to the Tackle shop soon…I’m always happy to help other anglers and I often find myself passing on tips and advice when fishing on here. That night and the following morning we got the promised storm, ‘this should turn them on’ I thought to myself and boy, did it! Big carp started to show at range and started to move. The problem was I had to be home by midday as I had a client appointment in the afternoon. Bite time is anytime from early hours to until around 10.30 am, and I hung on with the rods laid on the ground but really had to leave. Reference my earlier comments about which way the carp were coming, the angler next to me had a bite just as I was packing up, landing a 20lb Common, so they were coming across the bars and not down the bars. Oh well…time to go and leave them to it, no doubt another angler was going to turn up and maybe bag a few. That’s how it goes sometimes. Another night and I would have bagged a few, I am sure about that, it’s more about location on this Pit than anything else, that’s always presuming one is has the right bait and presentation in the right spot. 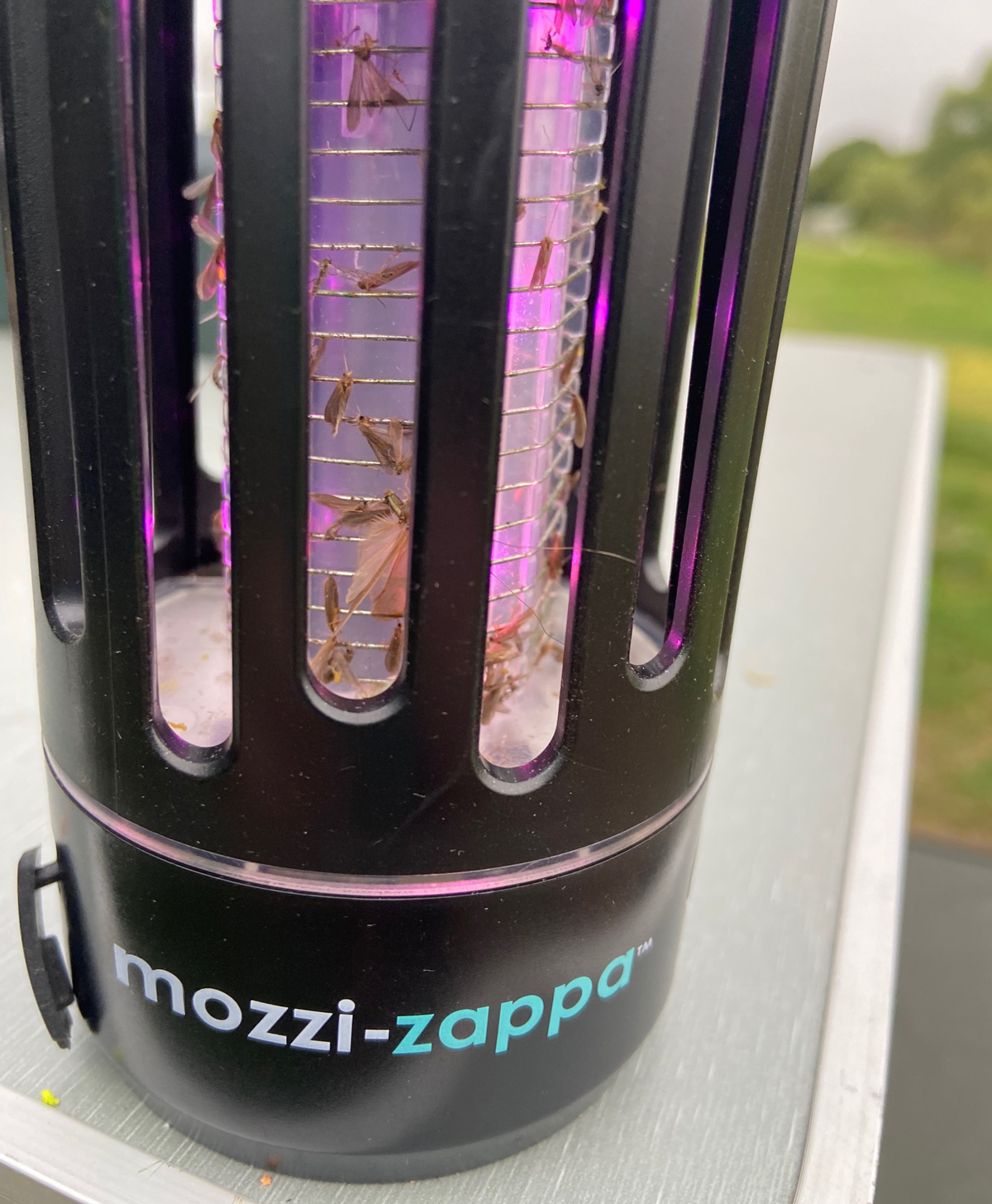 I didn’t get down again for 3 weeks, the big Pit had fished reasonably well and one of the big Commons had been out as well. I was really struggling for time, as well as Family stuff, then work, I had some exams to get through as well. Part of my work as a Self-employed Financial Adviser means I have to sit several exams a year to keep all my licenses intact, otherwise I can’t practice. So, this trip I had just one night and had to be off in the morning sharpish. Which given that I feel mornings are the best times for a bite on here, wasn’t great. I needed to get out though, firstly because I was missing being out on the bank, secondly, I had some products to try out and get some pictures of. Because I was arriving on a Friday, the lakes were all busy. I parked the van up on the Railway bank where an angler was packing up, he had been there for a week and had caught one double figure carp. So, it wasn’t looking great, I left the van there and went for a wander, to look for some better options. As I walked up the split bank between 5 and 6, I could see there were a lot of carp around this part of the lake. Not one space free at all, of all the anglers fishing along there, not one Zig out between them…I did mention to a few anglers that a Zig would be worth a try, even suggesting a depth to start at. I decided to set-up on the Railway bank and fish Zigs at range, I wasn’t optimistic at all though. At least I could get the photos done and catch up with a few bits. I am also playing with some more ideas I have been having about new items of tackle, given the success of the mozzi-zappa, which was an idea I had around a year ago, it just shows that there are still good ideas one can come up with. There are a steady trickle of new items coming out from Wolf now, something new every month. These products are the results of R&D work done last winter, there are a lot more to come as well, as we have a lot of products in the pipeline. 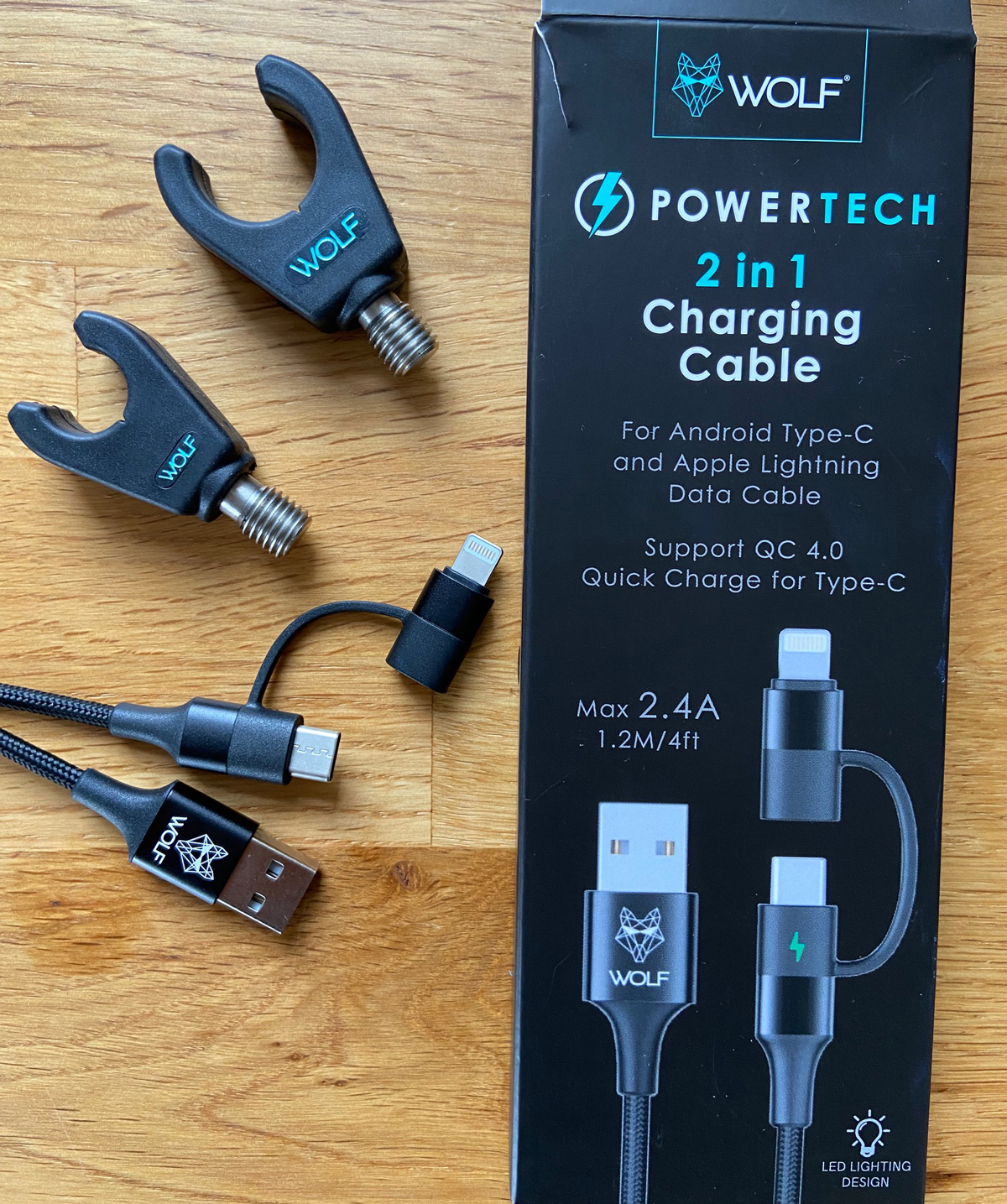 Once I was set up and sorted out, I spent some time in the afternoon helping a fellow angler sort his Spod rod out, he had brought a new rod and reel and wasn’t getting the best from it. He had watched me cast out and came for a chat. Looking at his set-up it needed a bit of changing to my mind. We changed the braid, put a leader on and a new spod, after a few casts, he was hitting a hundred yards easily. It strikes me sometimes that if the shops are going to sell items of tackle, they should impart some advice at least to help the angler, or ask about the fishing situation they are going to use the tackle in, I know it’s difficult but the new Big pit Reel pre-loaded with cheap braid (like string), he had bought, were nothing like suitable for the range he was going to fish. My first cast with it, emptied the spool! Why only put 80 yards of braid on a big pit? He brought me a couple of beers along and we had a chat for an hour, always good to have a beer with someone.

So, no bites and I had to head for home. So, this month, that’s 2 trips and no bites, that’s why we call it fishing and not catching…Yes, I could fish an easier place, but as I have said before I like the challenge in here and no doubt at some point I will drop into a swim at the right time and bank one or two of these carp. In the meantime I will keep going and trying, it’s all part of Carp Fishing, isn’t it? 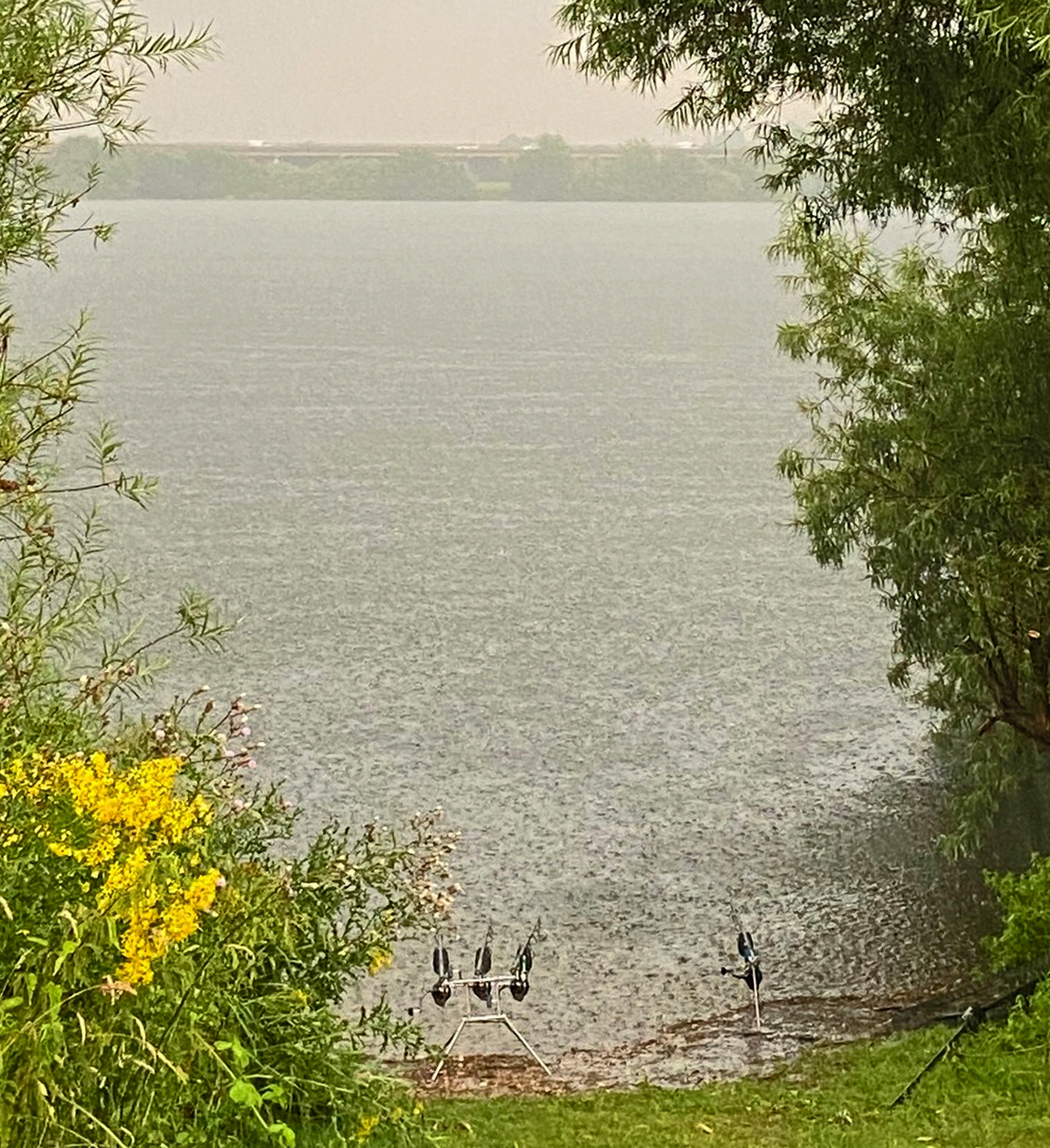 Hopefully, this coming month I can get out and have a couple of decent trips on here, it looks as though my planned trip to France in late September is not going to go ahead. So, I am hoping to have a longer session on the big pit and maybe a trip to Trent View. I’ll let you know how I get on.

Catch you next time.

As night time falls the Icon range really comes in

What a stunner for @all_rounder_fishing_emmett we

As the autumnal colours start to creep in this stu

@carpfishingtim back with another late night bange