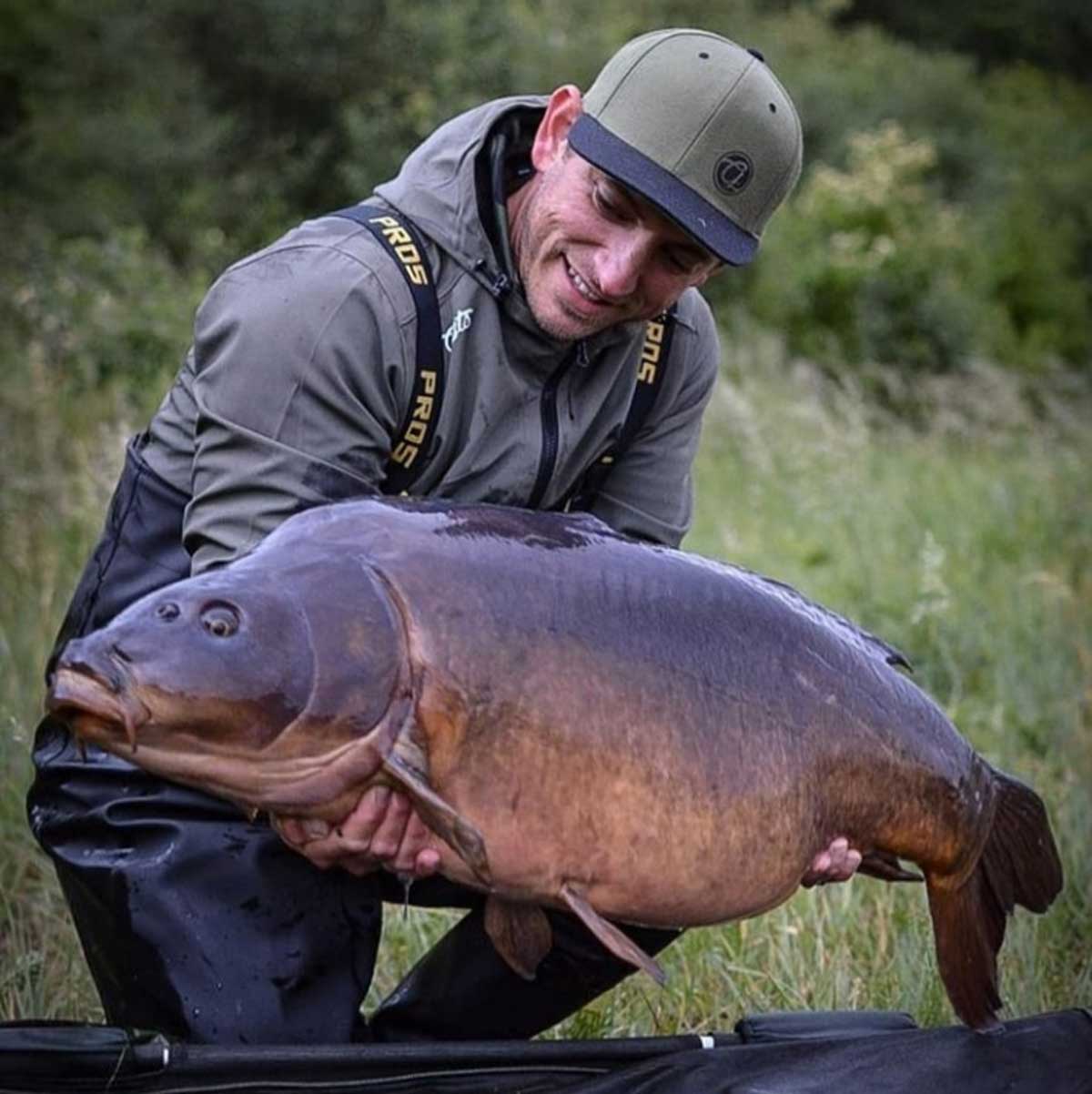 Wolf’s very own Manuel Michalzik with yet again another brute of a carp in all of its autumn colours, Manuel used the X-Series X3K’s which have the backbone that he needed to help land this stunner. 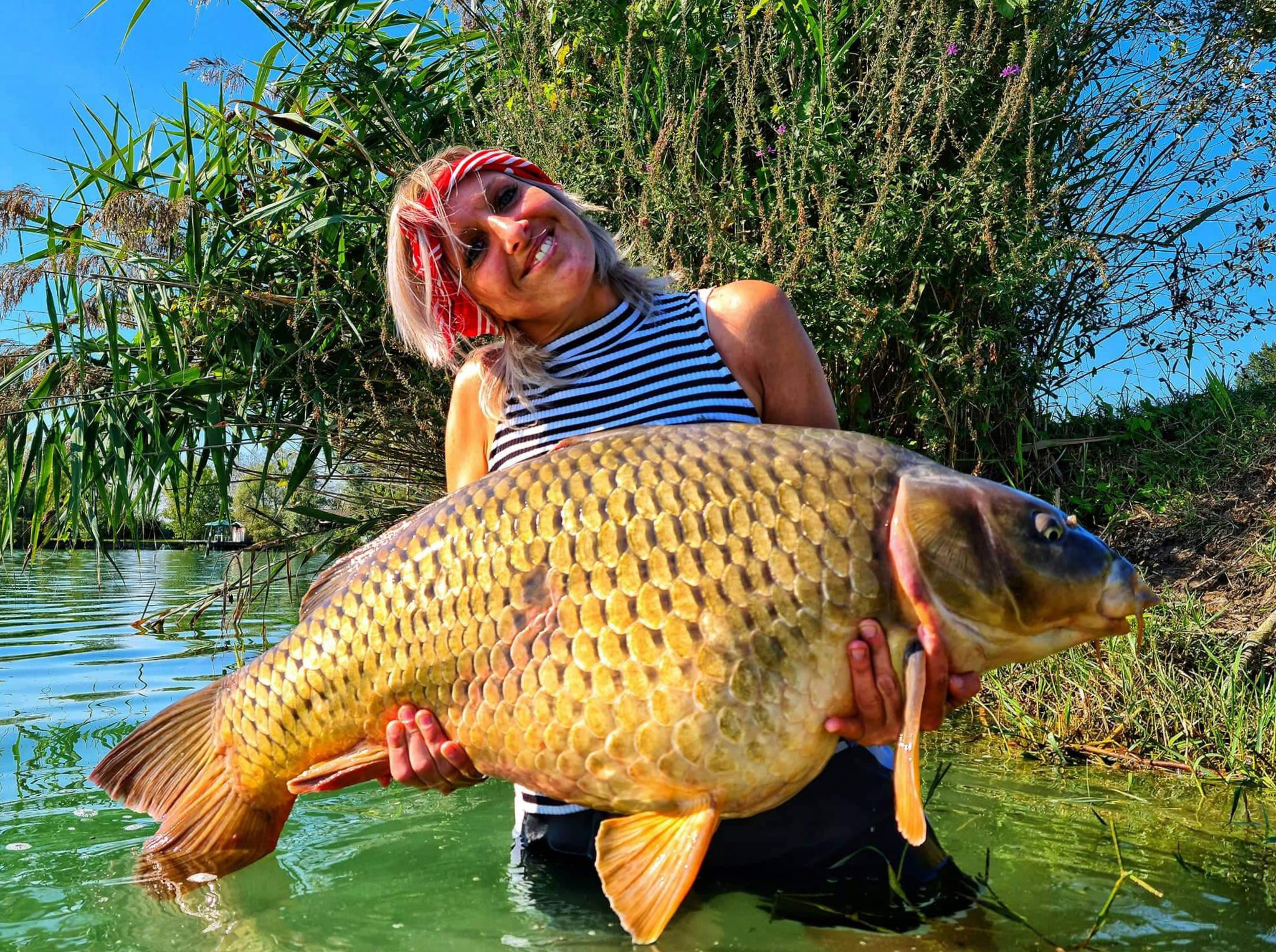 Again an Italian beauty, definitely happy with this scaly one…..

Of course caught with my Wolf 10fts …. 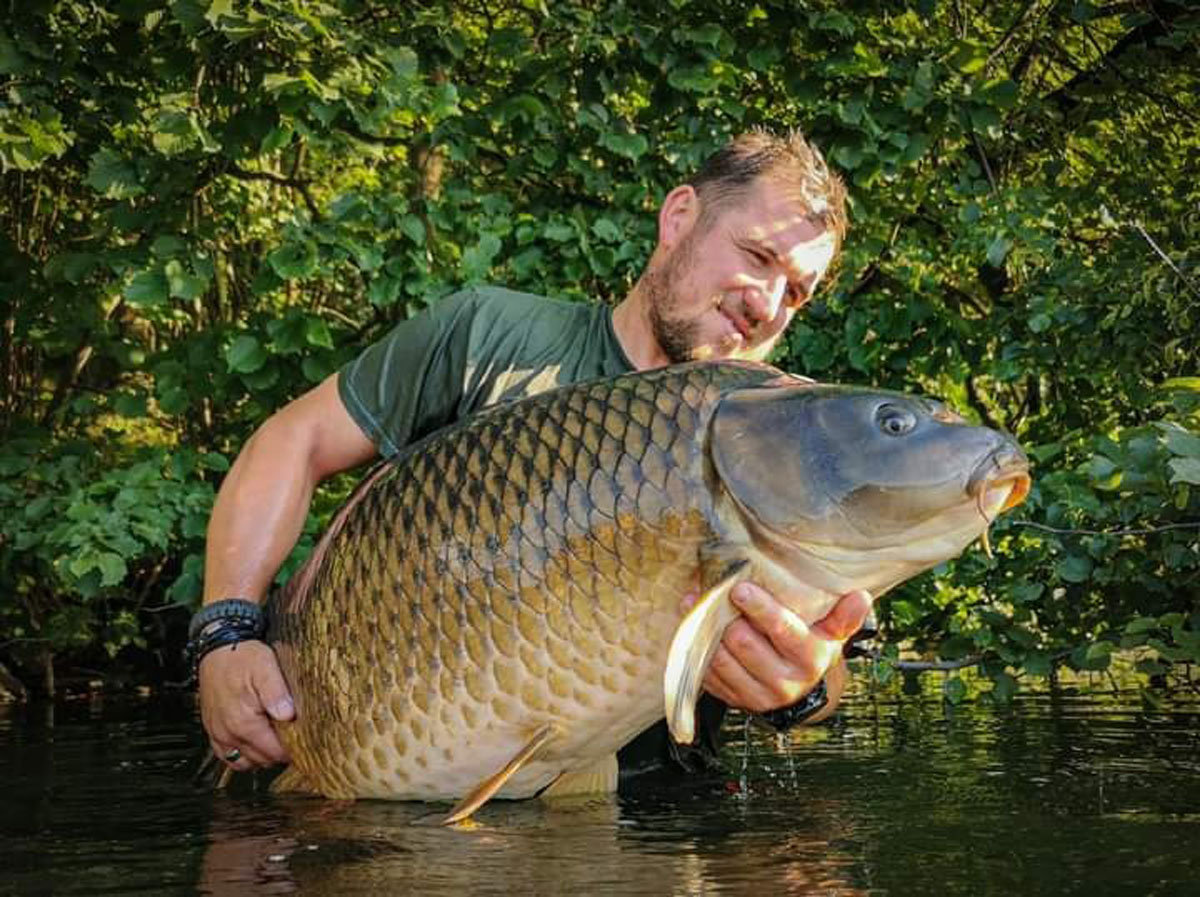 Wolf’s Armin Eibl seems to have the knack of catching the big commons in the lake and this picture just proves it. Armin used the Wolf X3K’s to help him get this stunning bar of gold over the net cord. 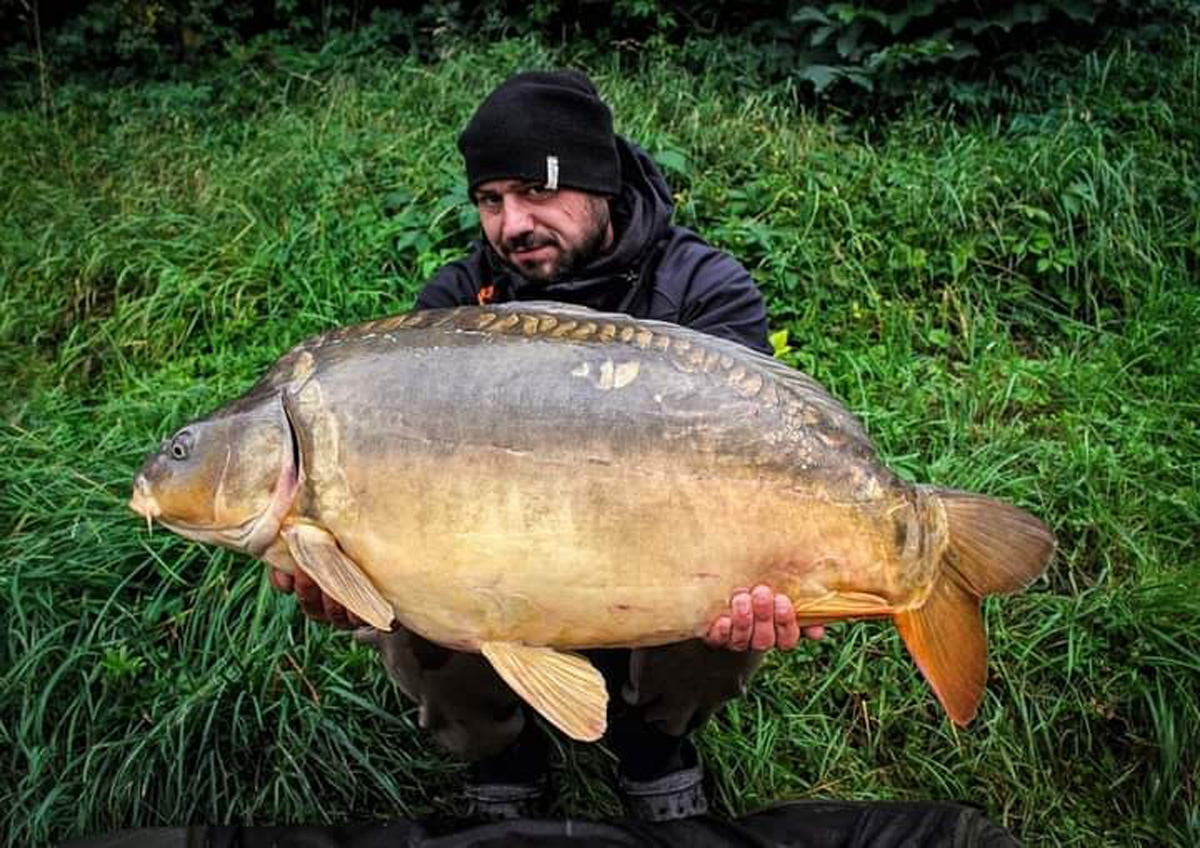 German Team member Alex Schneider with what can only be classed as a brute of a fish, the 10ft Wolf X3K’s were definitely put to work when Alex hooked this one. 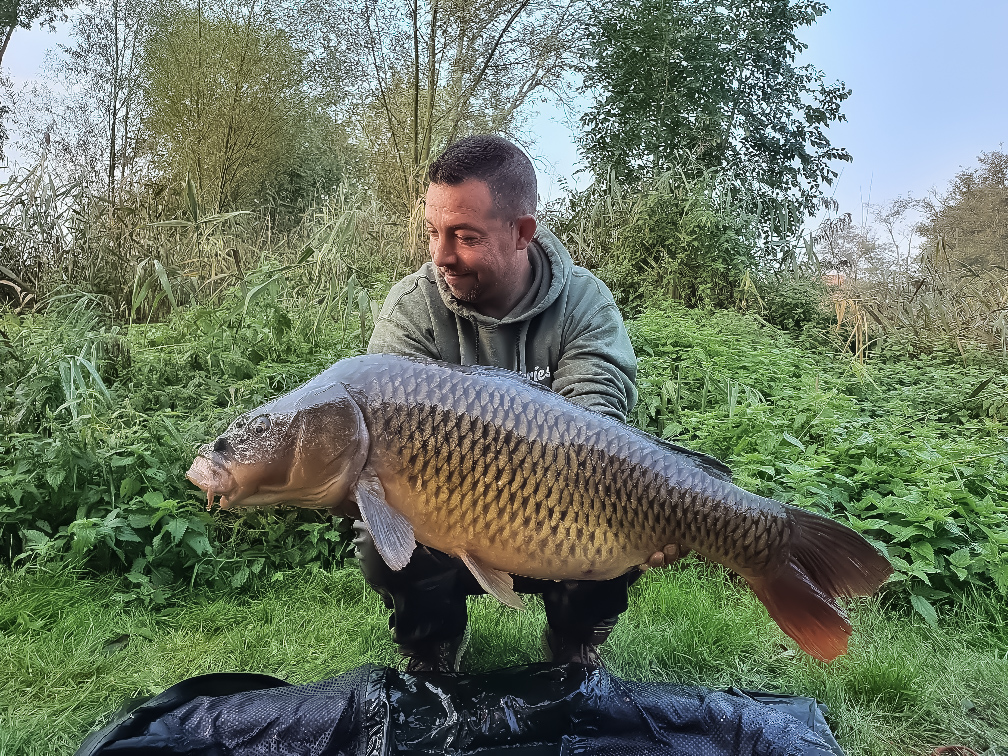 Last week I went out to 3 different waters in the Netherlands. The last water brings 2 fish on the Sunday Morning, this is one of them! 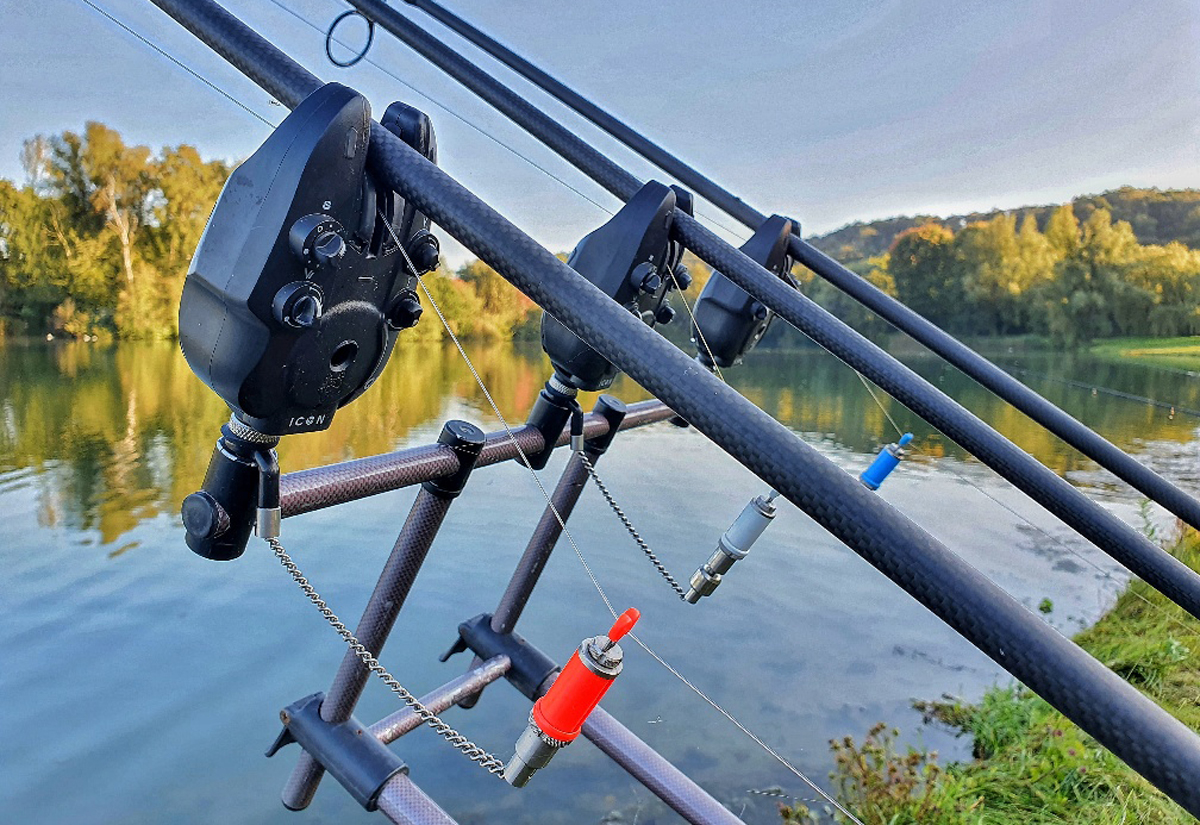 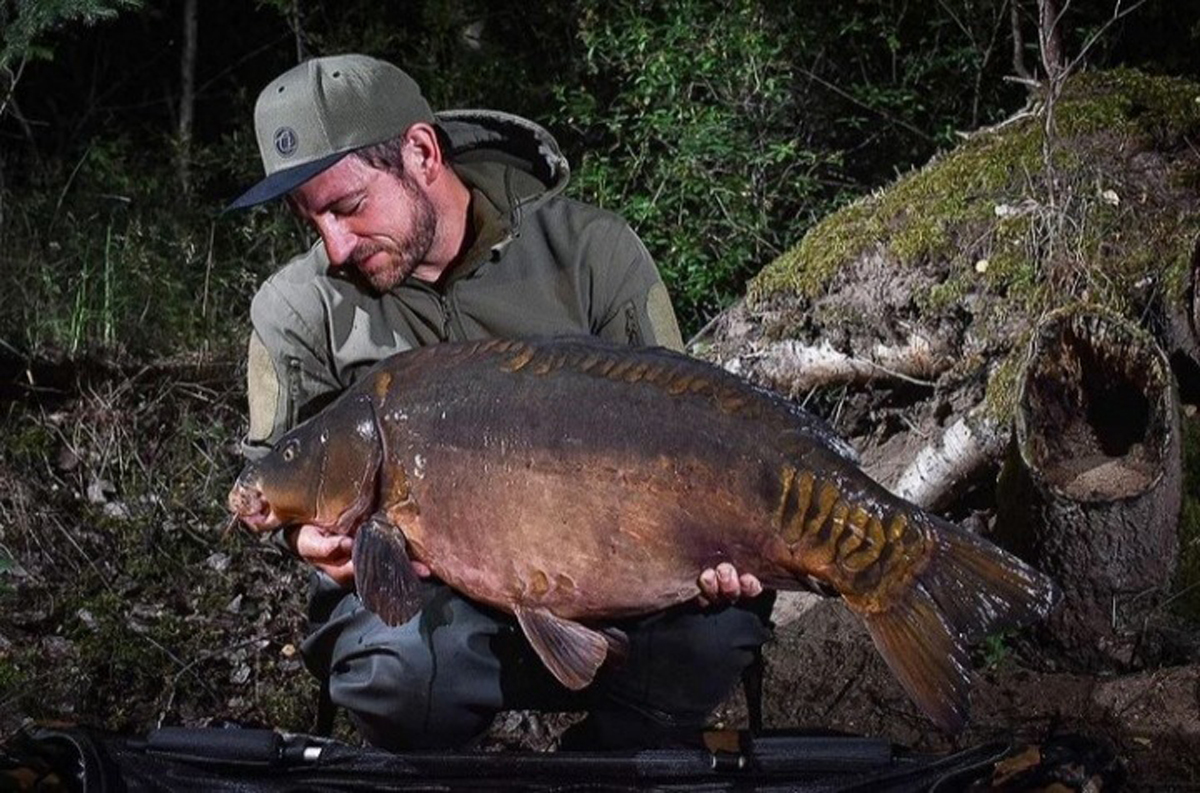 Another cracking night shot for Wolf’s Manuel Michalzik using the Wolf X3K’s, it just shows what can be done with the right lighting equipment which is paramount to get the best night shots. 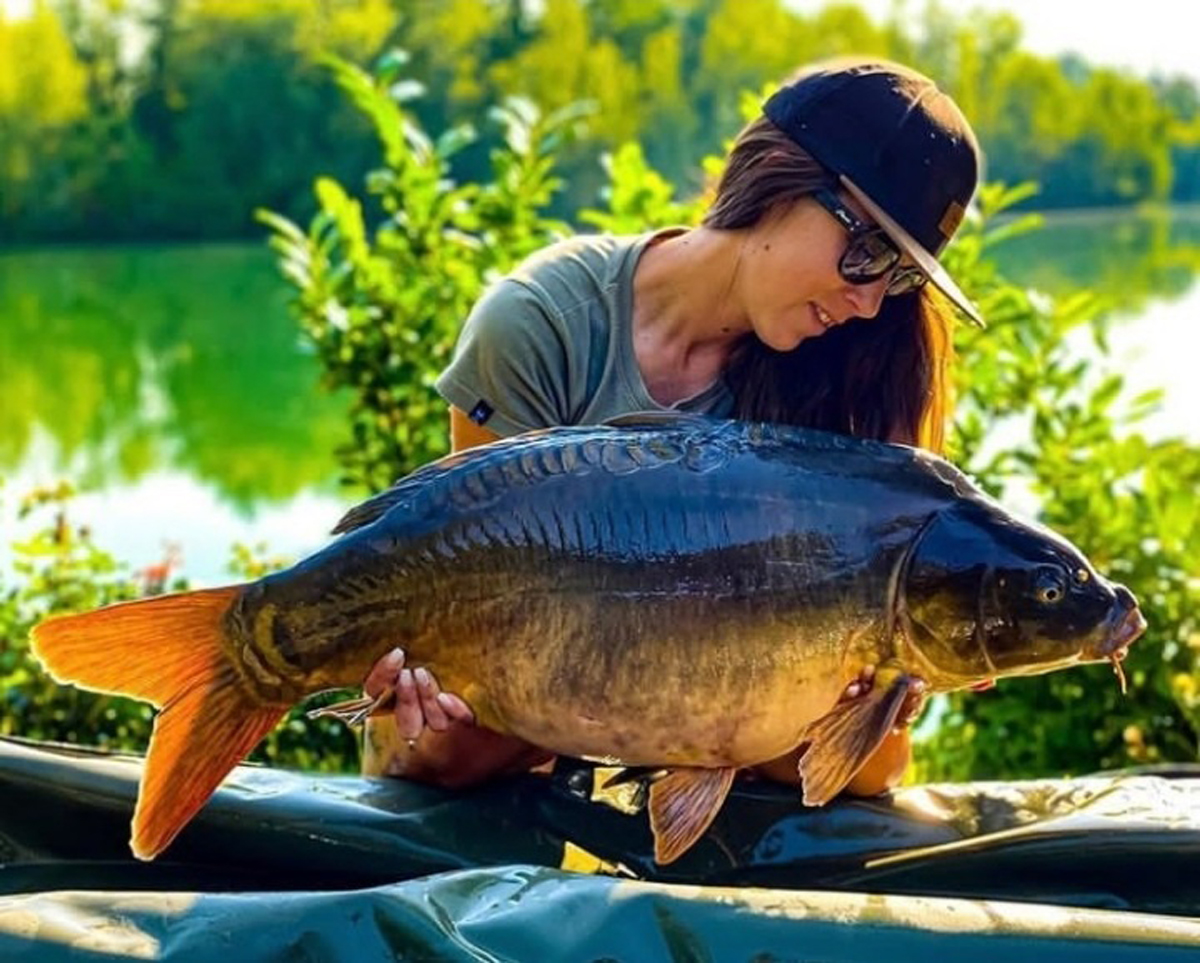 Wolf ladies team member Sandra Bauer with a stunning golden mirror, just look how dark it is.
Sandra used the Wolf X-Series rods on a weekend session on a local pit that she’s been concentrating on lately. 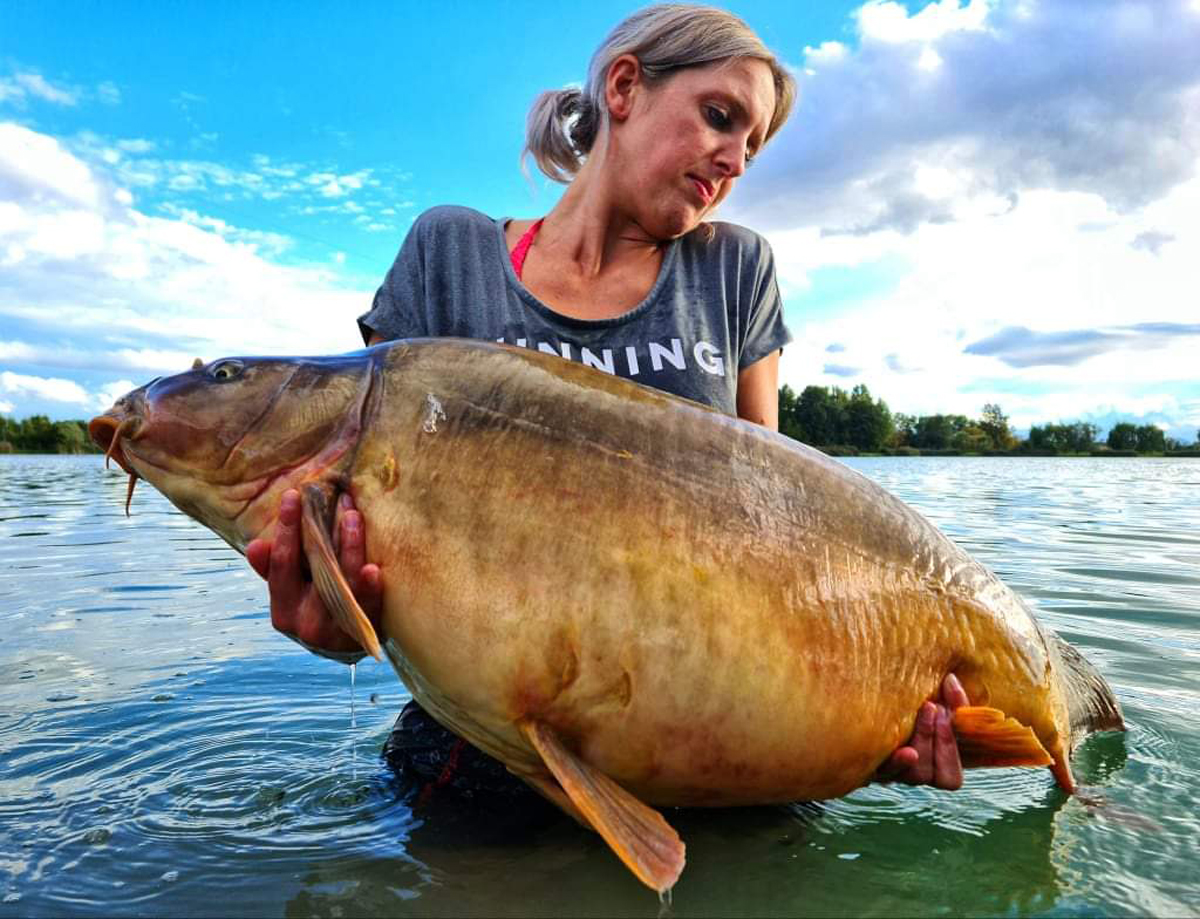 I went to Ghost Park in Italy. 🇮🇹
Weeks of fun and hard work.
I could land this beauty with my Wolf 10ft rods into my net…
Like you can see, I was very happy with this! 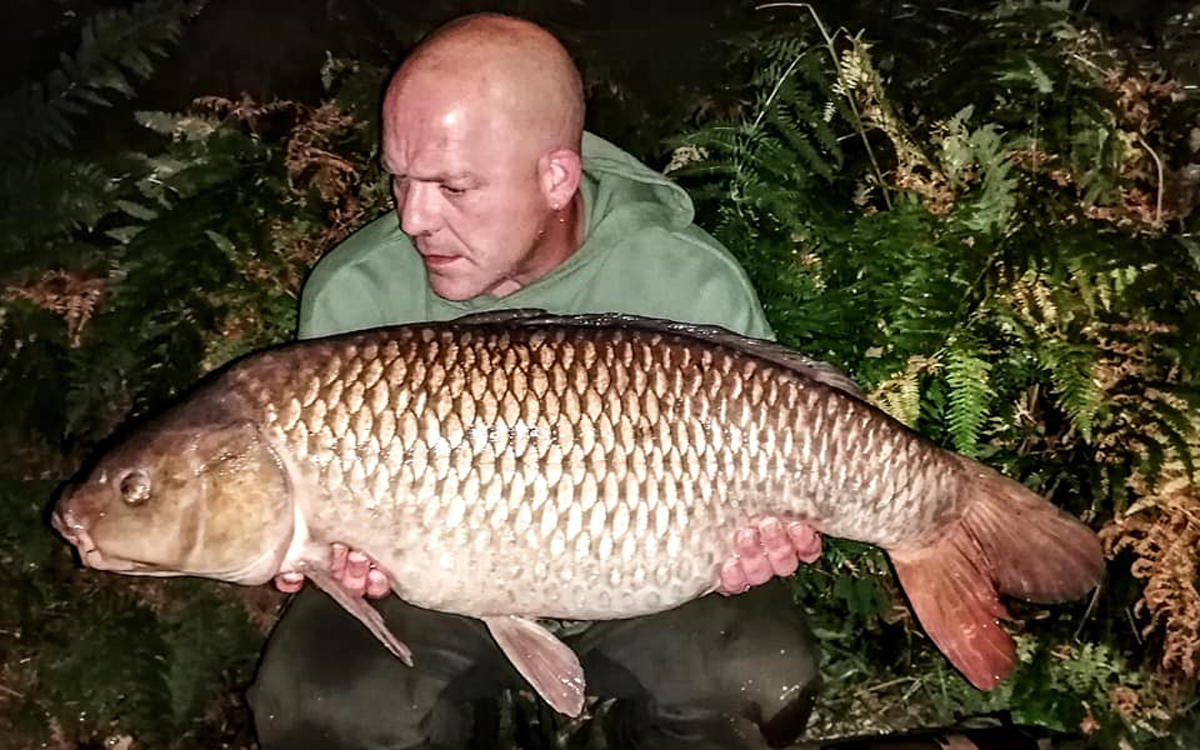 In the last few months I must admit my catch rate has not been good, due to numerous things, ie. weather, angling pressure, too much bait and lack of time, but on my most recent sessions one of which was a match at Wyreside lakes I didn’t win but I did lose one take I had, another session I was on my local lake with my mate and his son they had caught 6 between them so when they went home I moved into there peg because I was blanking, and as soon as I started fishing that peg they completely moved away from my area,
So, I know my mate and his son went on again and his son caught 6 including 3 20’s, a week later I went into that peg and within 15 minutes of casting in I caught a small common, I thought thank god for that, so I put some bait out and spent the next 2 nights catching fish, I ended up with 8 fish that session, I was so relieved my blanking spell was over, my biggest being a 24lb common and it was a lovely looking common. Lets see what happens over winter as I have booked on Monument fishery from November to February, hopefully I will be in luck and possibly catch a new PB. 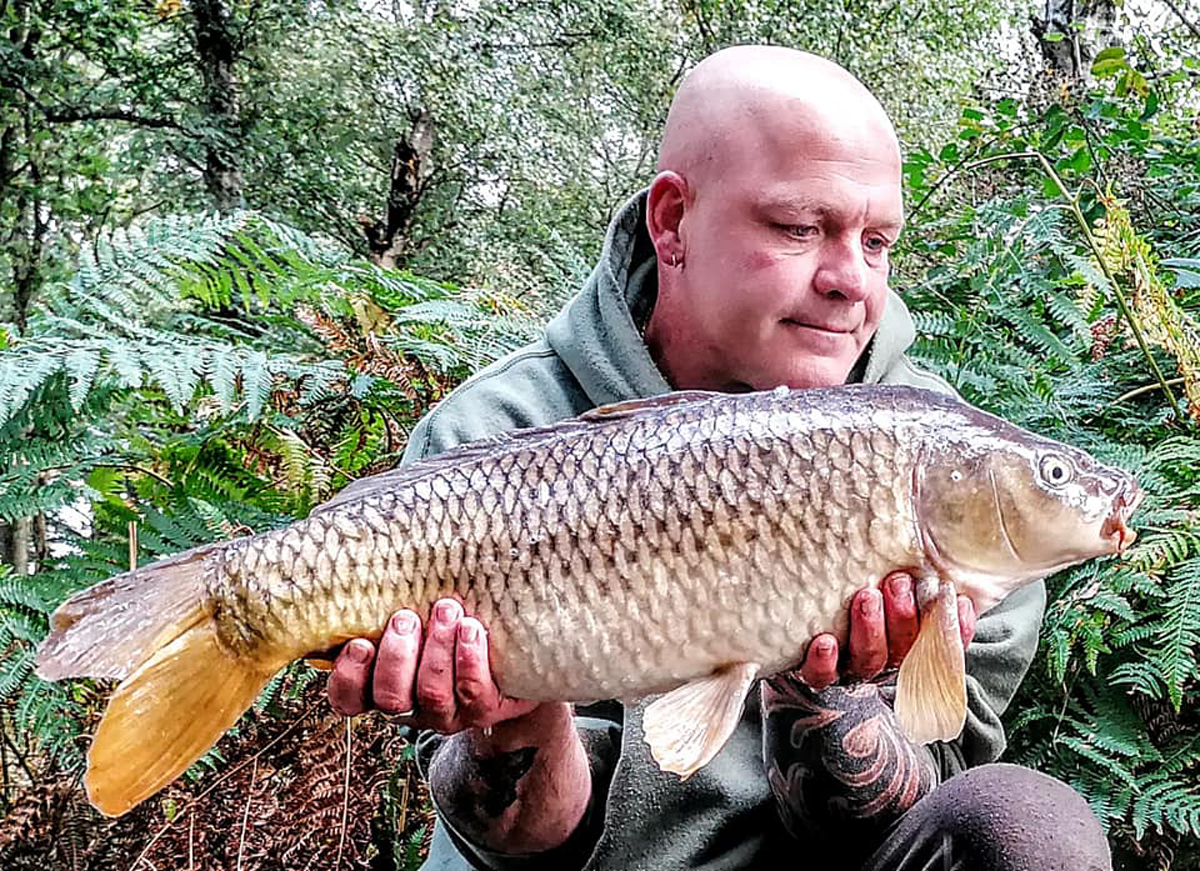 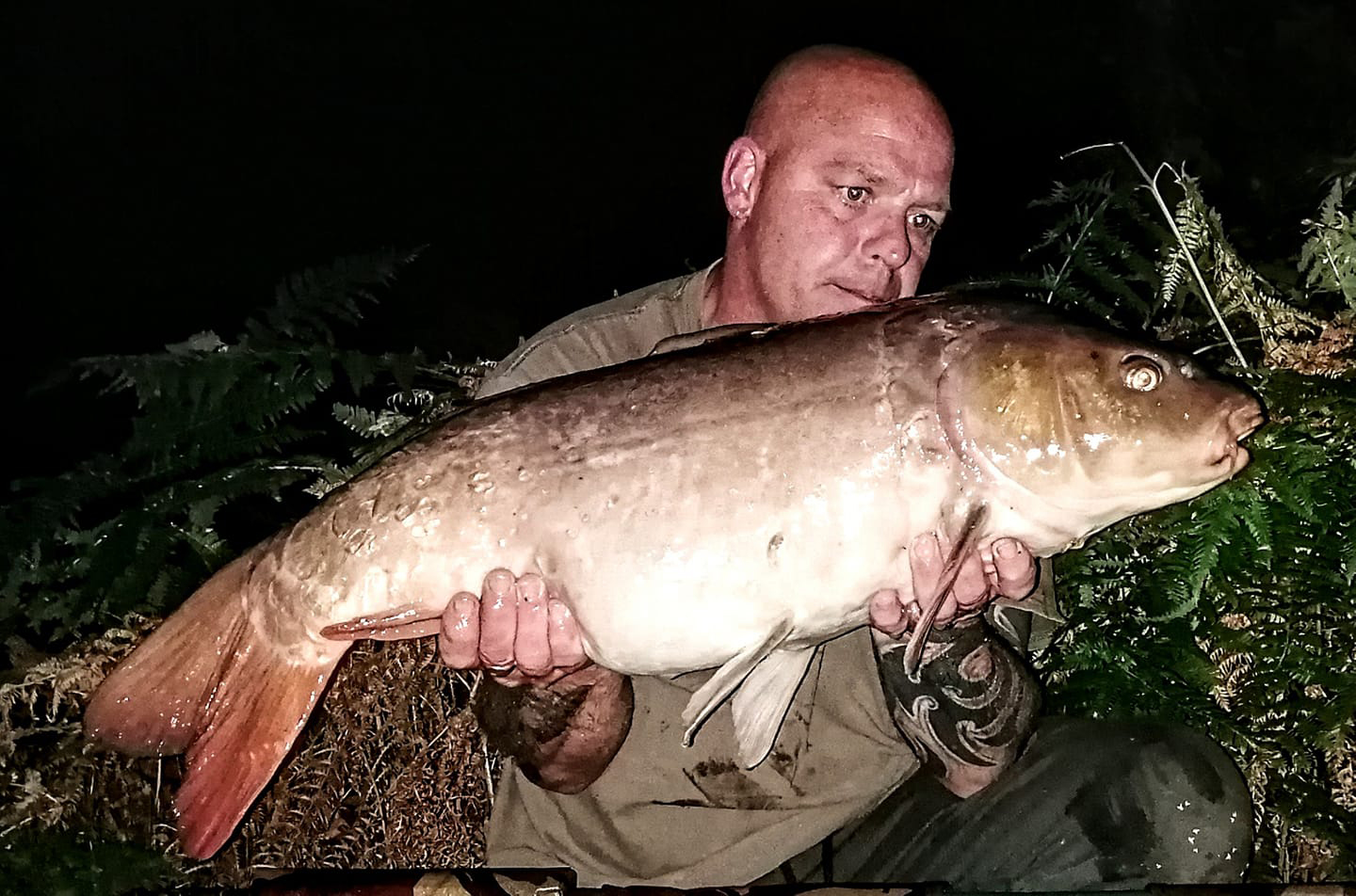 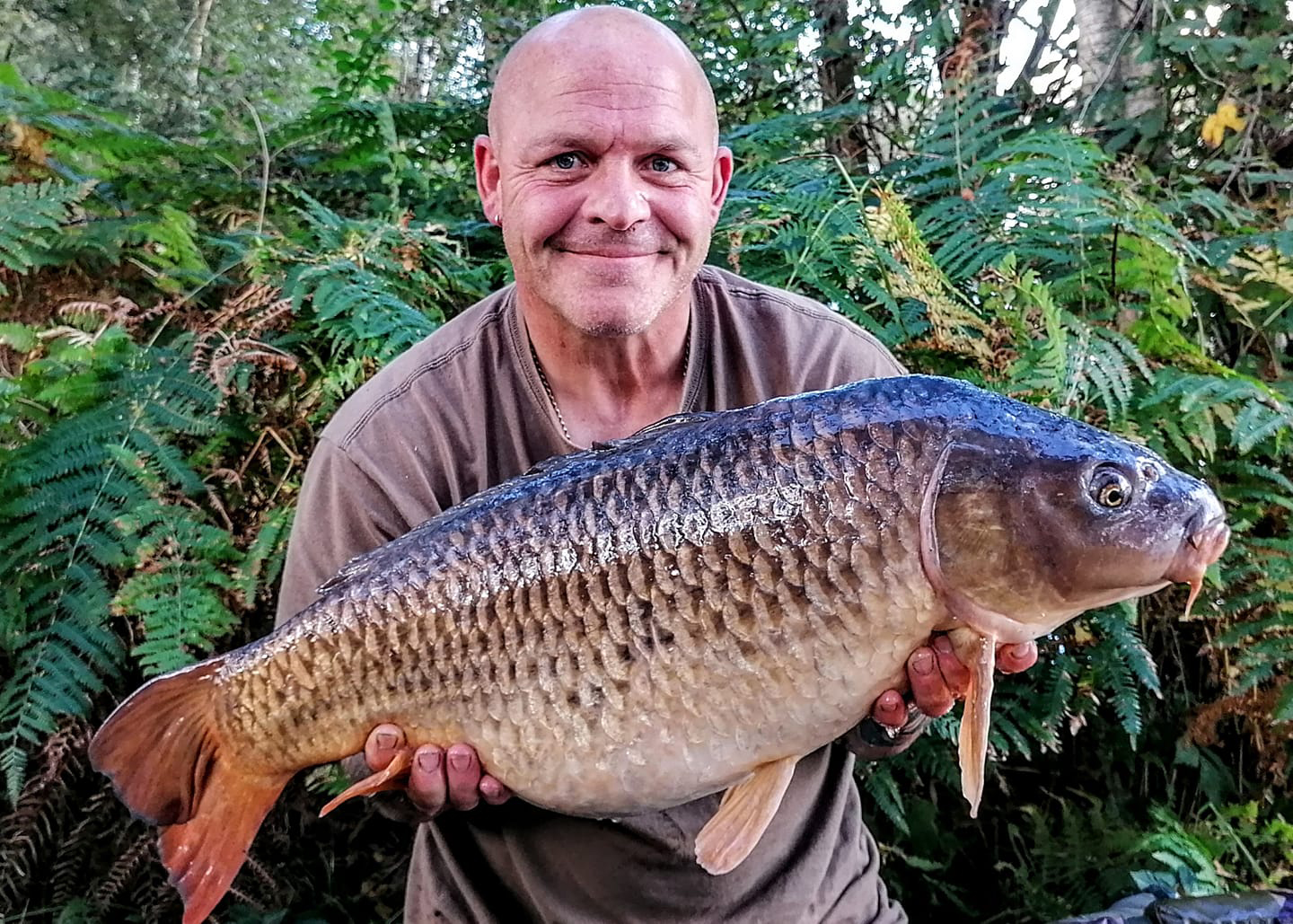 2 hi double mirrors one new, one old worrier, Both more than welcome, Both caught within 15mins of each other, its nice to actually catch. 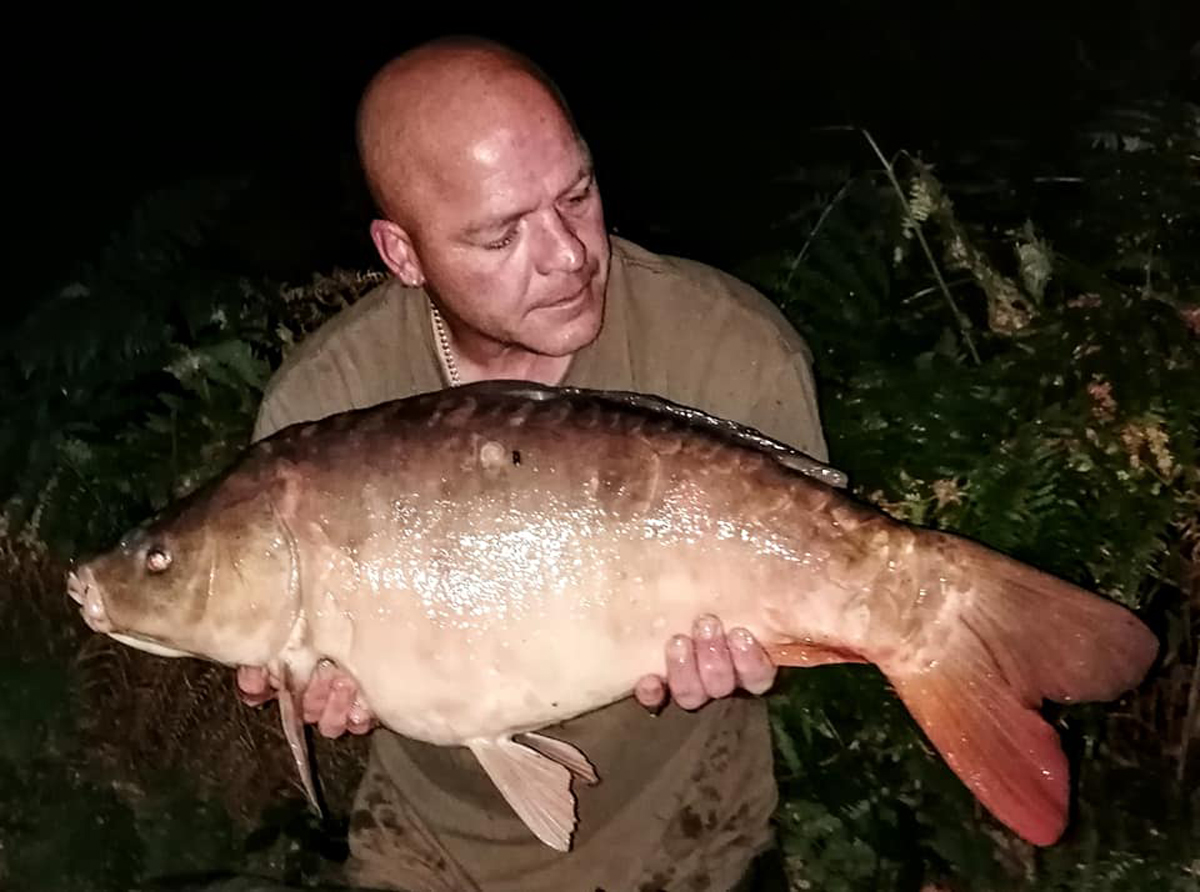 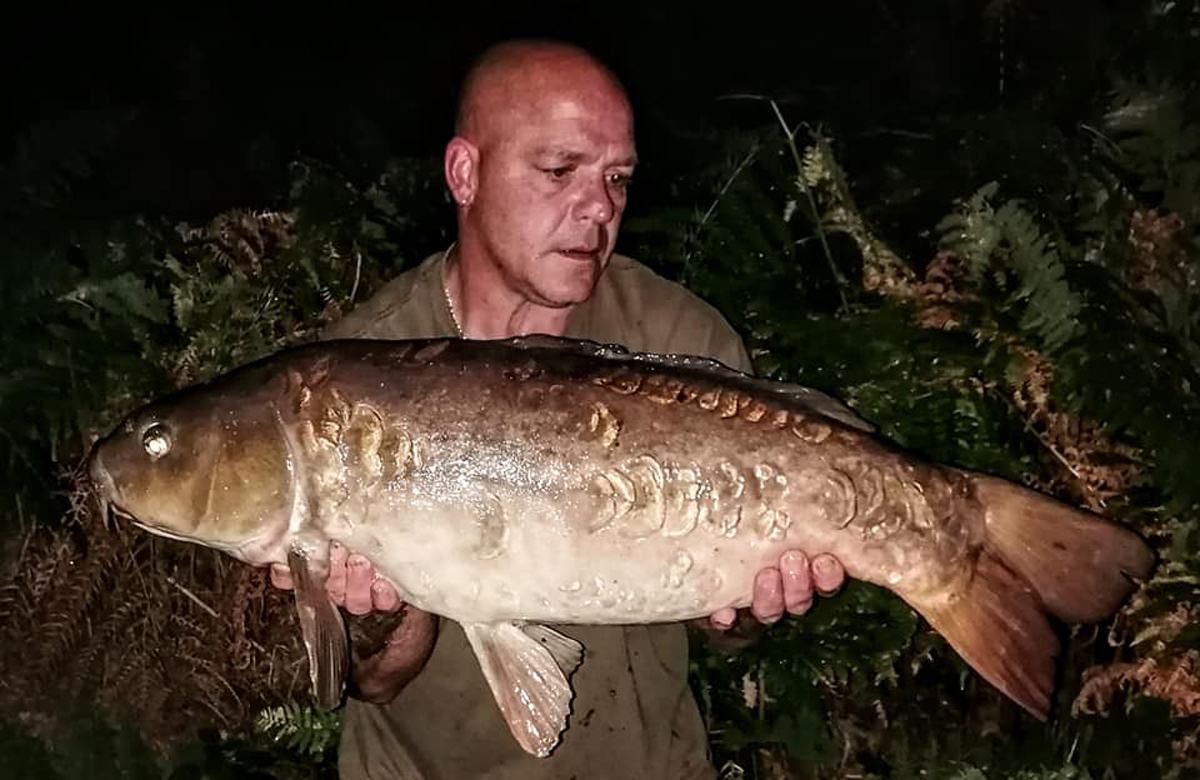 I had just put that other common back and my rod was off again. 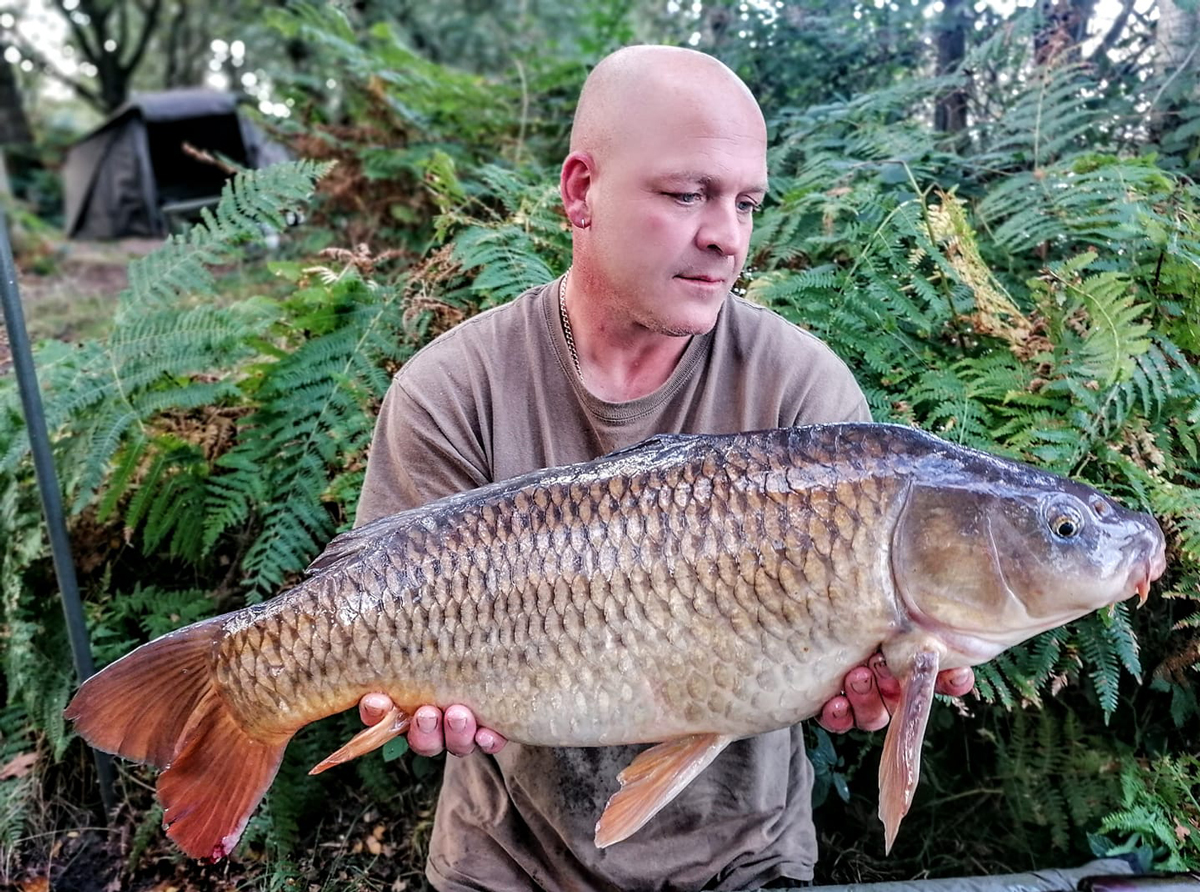 6th fish of the session.

Finally, managed to bank a 24lb common, first twenty of the session 7th fish and an old one at that. Buzzing to say the least. 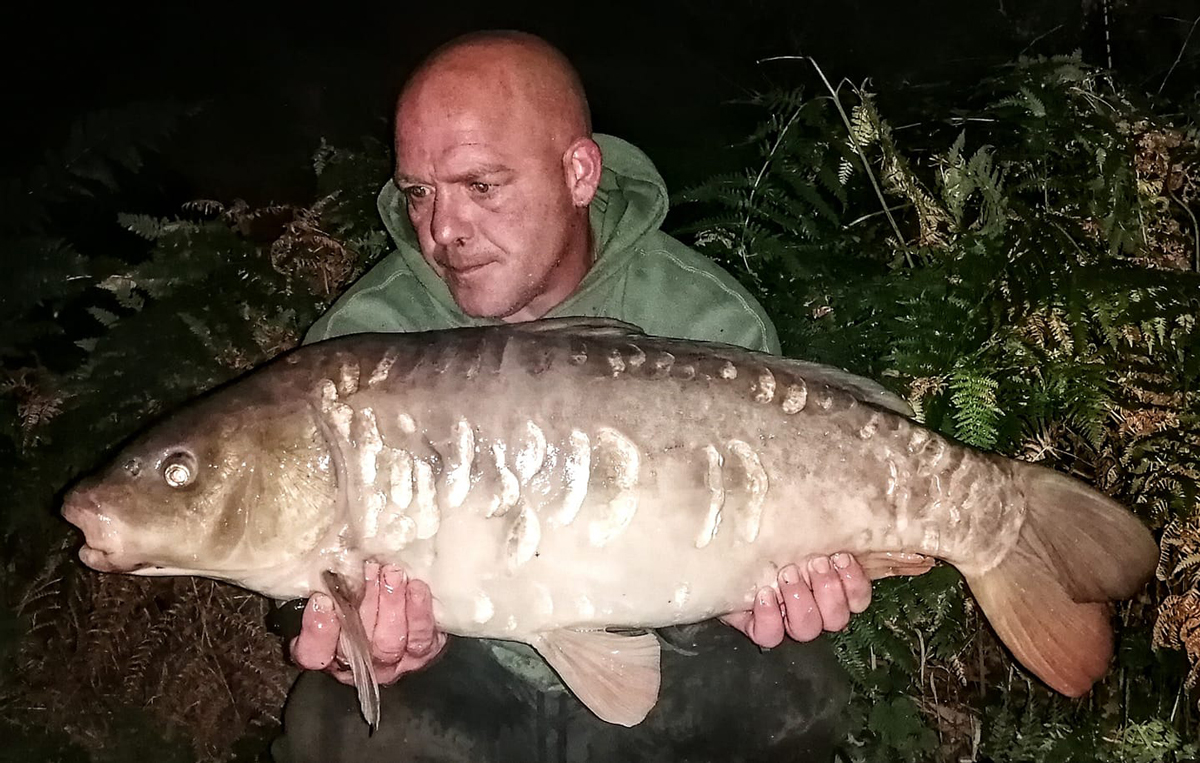 Managed to bank this scaley little banger, this high double mirror beat me up for my efforts, enjoying every minute of the session 8th fish so far, result. 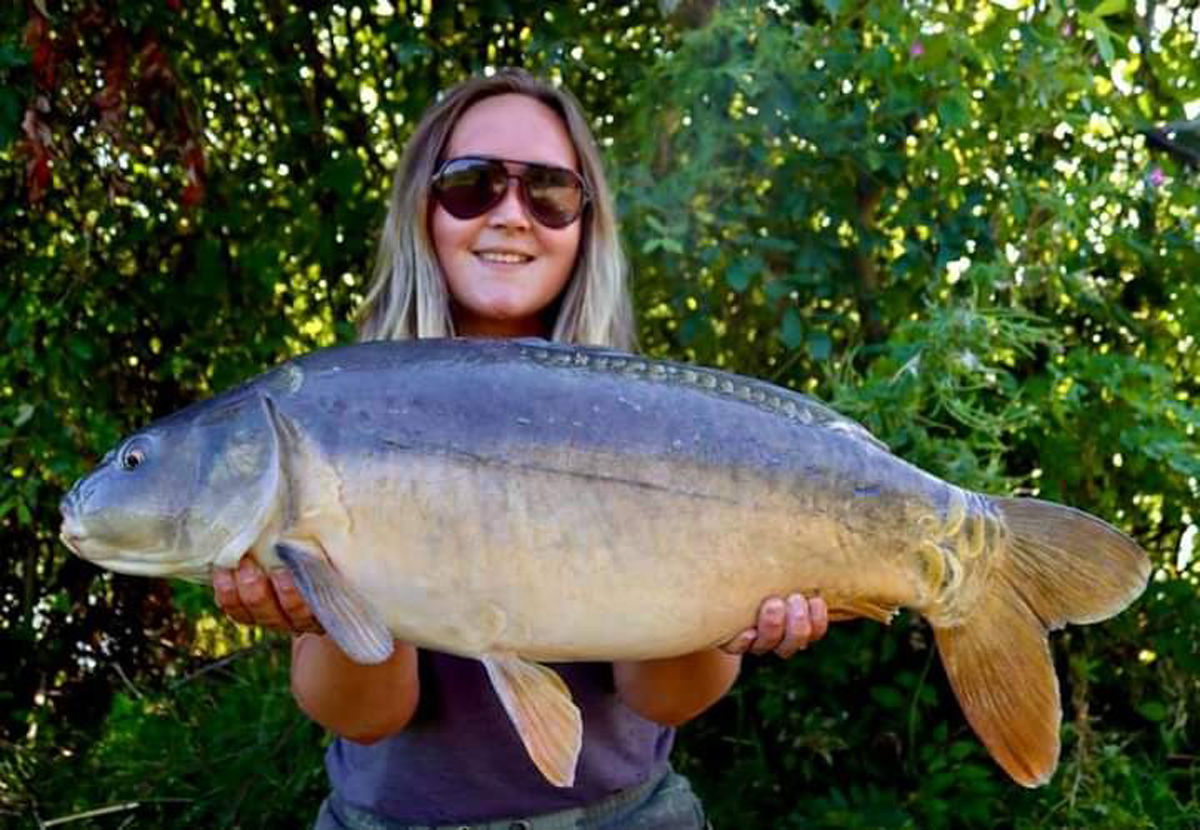